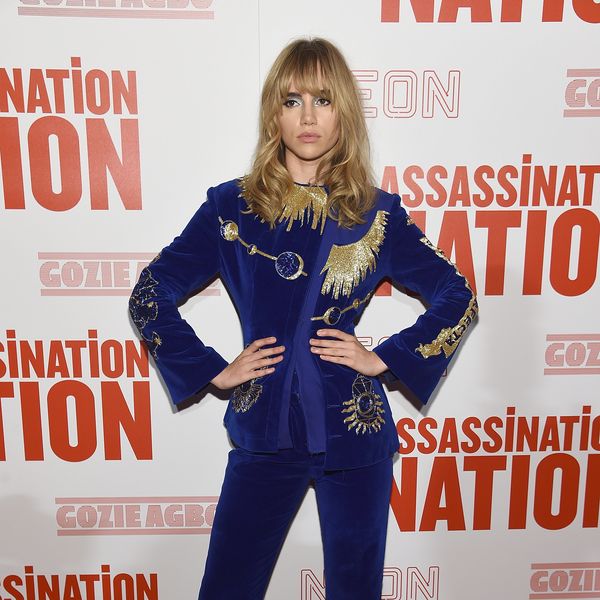 No, Suki Waterhouse Didn't Shoot Anyone

It seems that in preparation for her upcoming role in Assassination Nation, Suki Waterhouse may have taken her role as a femme fatale a little too seriously.

Page Six broke word that during the filming for the upcoming movie starring Hari Nef, Odessa Young, Abra, and Waterhouse, firearms training went a little awry, she was quoted at the premiere as saying "I hurt somebody. The bullet ricocheted. They hadn't seen that in 20 years. The bullet came back at the guy and hurt him."

Waterhouse went on to clarify on Twitter today that it wasn't as grave on an injury as many publications led on.

I’ve just woken up and seen some articles about me ‘shooting’ someone on the set of Assassination Nation. Would like to clarify I did not shoot anybody! A bullet richocetted off the target during practice and grazed my instructors hand, which is very rare but does happen.

Safety was paramount throughout filming and I would hate for this story to undermine the work of the people who looked after us so well. ❤️

Waterhouse also mentioned that the cast did not get extensive firearm training, "I'm not gonna lie, it was maybe an hour," before filming. Which may be just a tad concerning given the over-saturation of guns in the revenge-driven indie flick, but as far as we know no one else was harmed in the making of the film, so its safe to head back to the theater.