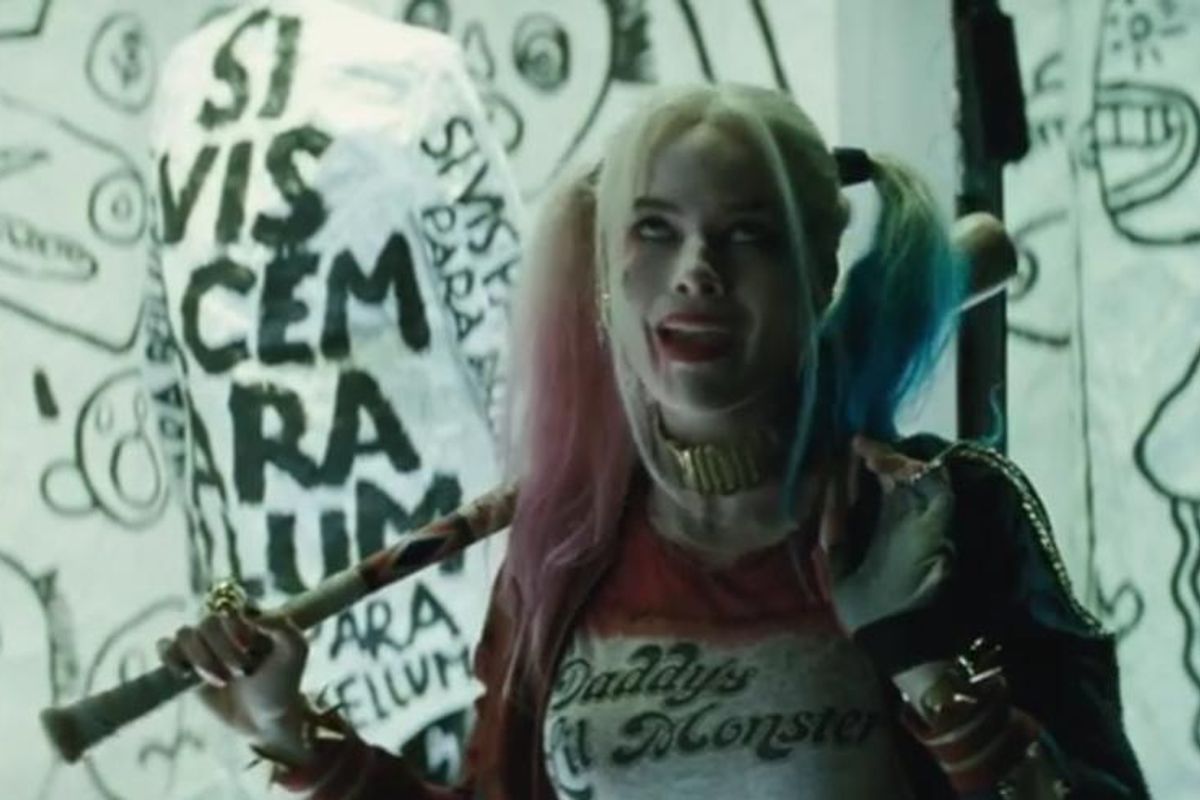 Watch The Hilarious and Insane Official Trailer For 'Suicide Squad'

After its devastatingly good Comic-Con teaser last summer, Suicide Squad finally has an official first trailer ahead of its August release.

As we know, the movie follows a task force of DC Comics' most dangerous, incarcerated villains, including Deadshot, Harley Quinn, Enchantress, Boomerang, Killer Croc, Katana, and El Diablo, assembled by government official Amanda Waller, to be used to fight equally deadly villains, like the Joker.

The stellar cast, including Will Smith, Cara Delevingne, Margot Robbie, Viola Davis, Jai Courtney, and of course, Jared Leto as America's fave psychopathic jester, make for some absurdly hilarious moments in the trailer (all while Queen's 'Bohemian Rhapsody' blares).

"What was that? I should kill everyone and escape?" The deranged Harley Quinn (Robbie) asks seemingly no one.

While Leto's grill-wearing Joker continues to be V. QUESTIONABLE...

...the movie looks like a fun way to kill massacre 2 and a half hours; it's always fun to root for the bad guys (and gals).

Watch the trailer below; Suicide Squad is out August 5th, 2016.