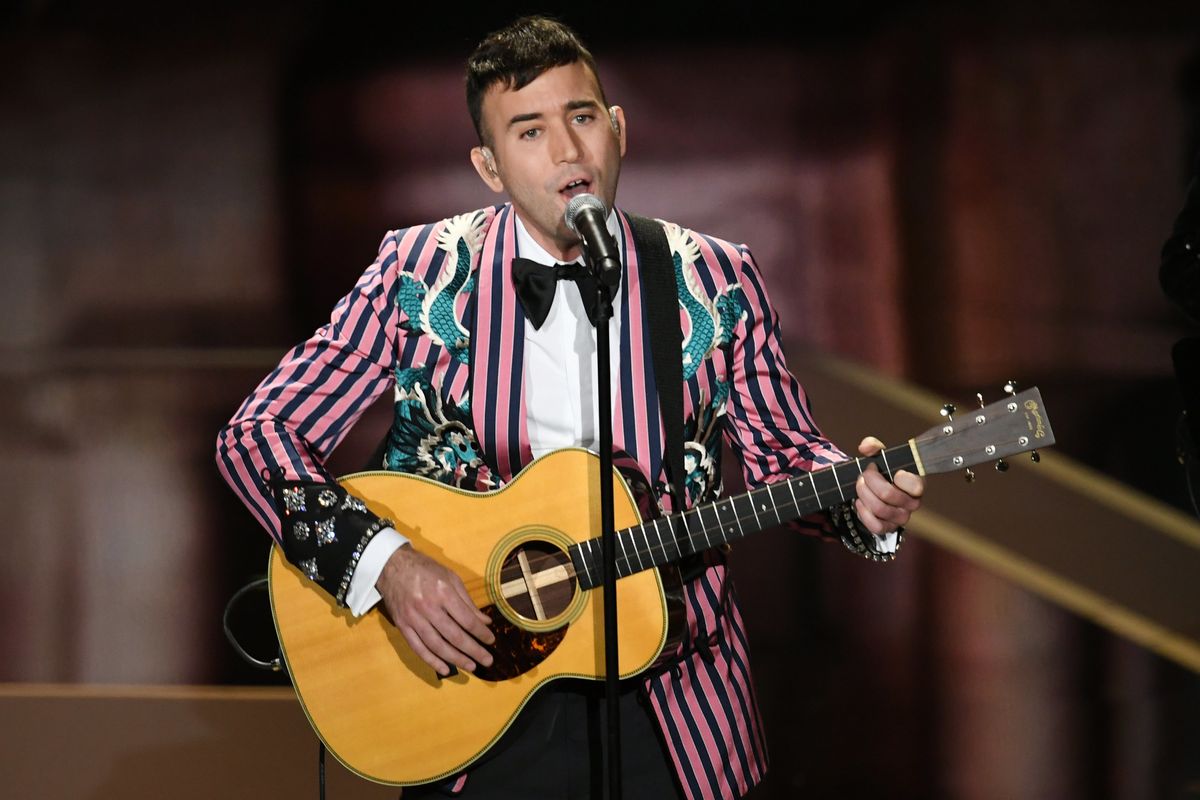 Following the success of scoring Call Me By Your Name — points for gay visibility! — is Sufjan Stevens, with more unapologetically pro-gay music.

The acclaimed singer-songwriter behind tearjerker "Mystery of Love" has released a pair of vibrant new songs for LGBTQ+ Pride Month, called "Love Yourself" and "With My Whole Heart." Of the latter track, Stevens says it was an attempt to create "an upbeat and sincere love song without conflict, anxiety or self-deprecation." It's true — "With My Whole Heart" is a devotional five-minute bop about unconditional love, with Stevens pledging "I will save you" (awww!) amid a markedly upbeat arrangement. Where that one reaches out to another, "Love Yourself" goes within for strength, but is similarly anthemic. Both songs are now available for streaming, along with Stevens' 1996 demo of "Love Yourself" and a short reprise.

Though listeners can now stream the new music, Stevens is set to release the songs on June 28 via limited-edition 7" vinyl. Some proceeds from the vinyl sales go to support LGBTQ and homeless youth in America, through organizations like the Ali Forney Center and the Ruth Ellis Center. Additionally, Stevens has designed a Pride T-shirt and bumper sticker that "is available exclusively on his new merchandising platform Sufjamz," according to a press release.