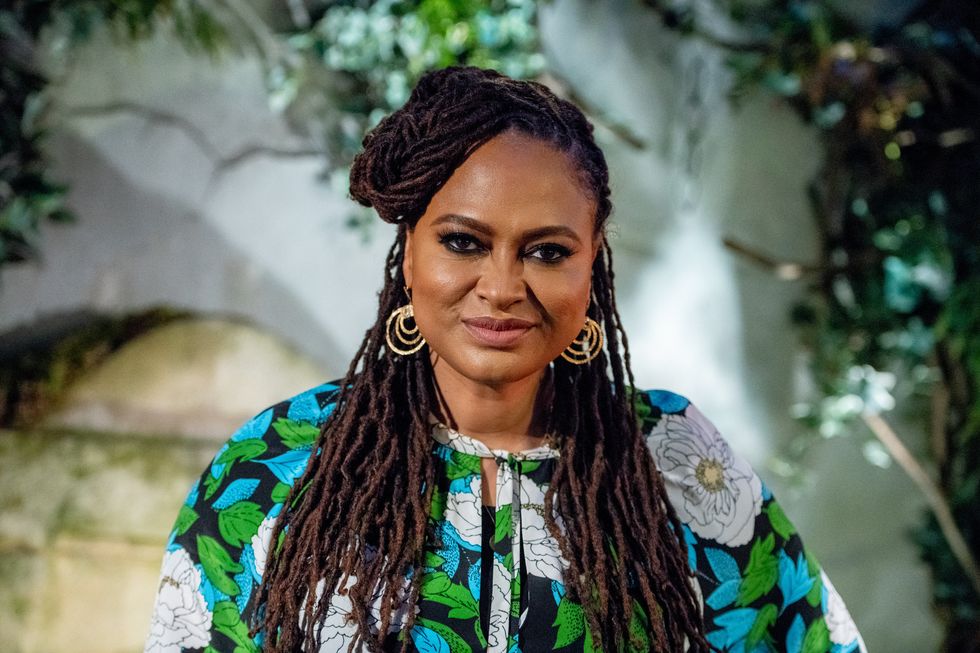 There Are More Successful Black Directors Than Ever

2018 was a great year for Black filmmakers, arguably one of the best, at least, at first glance on paper. The blockbuster and critical success of Black Panther, A Wrinkle In Time, and BlacKkKlansman are three reminders of the fact that Black ingenuity, whether in front of or behind the lens, can indeed be well-received by diverse audiences (In case you weren't convinced for some reason before).

A new study by USC Annenberg's Inclusion Initiative, called Inclusion In the Director's Chair, reports that 16 Black directors were behind the camera for some of the year's 100 top-grossing films, including those mentioned above. That finding is the largest representation of Black filmmakers in the study's 12-year history, with the best turnout being eight, dating back to 2007.

Annenberg Inclusion Initiative founder and director Stacy L. Smith told The Hollywood Reporter, "This year really illuminates that the pictures of what a director 'should' look like are ways of old, and that storytellers who are given the resources and support of major companies and distributors [can come] from many different backgrounds." Smith added that the only thing restricting more people from being let in is "the imagination of the people who greenlight."

The not-so-great news, though, involves a lack of intersectionality: only one of the 16 directors listed was female. Ava DuVernay had a landmark year with A Wrinkle In Time, earning the distinction of 2018's highest-grossing film directed by a woman. For context, though, she is still just one of seven women to direct a top-100 box office smash since the presidency of George W. Bush. And we wait for the surge of financially successful films directed by women; they comprise a measly four percent of the 1,200 films surveyed across 2017 and 2018. (Though, it is worth celebrating the fact that the year's top grossing film was Black Panther, raking in more than $700 million at the box office. That film was directed by Ryan Coogler, a Black man).

But in terms of female representation, for the dismal four percent figure to improve, we must take a closer look at hiring practices and representation of those calling the shots. The Inclusion Initiative also found that in terms of executive leadership, female representation on the boards of seven media corporations — 21st Century Fox, AT&T, Comcast, Sony, Walt Disney Company, Viacom, Lionsgate — has gradually increased to 25 percent, over the study's 12 years of reports. And half of Viacom's board is women, while having nearly 32 percent of C-suite executives being women. Deeper than that, across those media companies surveyed, eight women of color serve on executive film teams, and five women of color work as corporate directors.

And still deeper are all examining the racial and gender composition of the many people working on film sets, from producers to editors to hair and makeup teams, which the Inclusion In the Director's Chair study examined this year for the first time, surveying the top 300 films from 2016 to 2018. 710 of the producing jobs were held white men, 160 by white women, 96 by men of color, only 16 by women of color. Additionally, films where an underrepresented producer was attached were more likely than those with all-white male producers to hire an underrepresented director. Within that same sample: 42 men of color and four white women were directors of photography; of 375 editors, 53 were white women, 16 were men of color, and five were women of color; and of 301 composers, 28 were men of color, six were white women, and just one was a woman of color.

This intersectional data all just shows that while we should celebrate the continued achievements and increased visibility of Black filmmakers and filmmakers of color overall, Hollywood still has a ways to go in terms of creating a culture of belonging for underrepresented women of color in film. And to prevent further erasure of their contributions, that cultural shift must happen immediately.

This Artist Made a Sculpture Using 100 Vibrators

I'm Ready to Talk About SHE by Shereé

Bushwig Came Back With a Bang

That Kid Embraces Maximalism on 'Superstar'

DeathbyRomy Goes Full Femme Fatale on 'I Kill Everything'

The Angelito Collective on No Sesso's Sea-Inspired Glam

The Cool Kids Want to Reinvent the Concert Experience