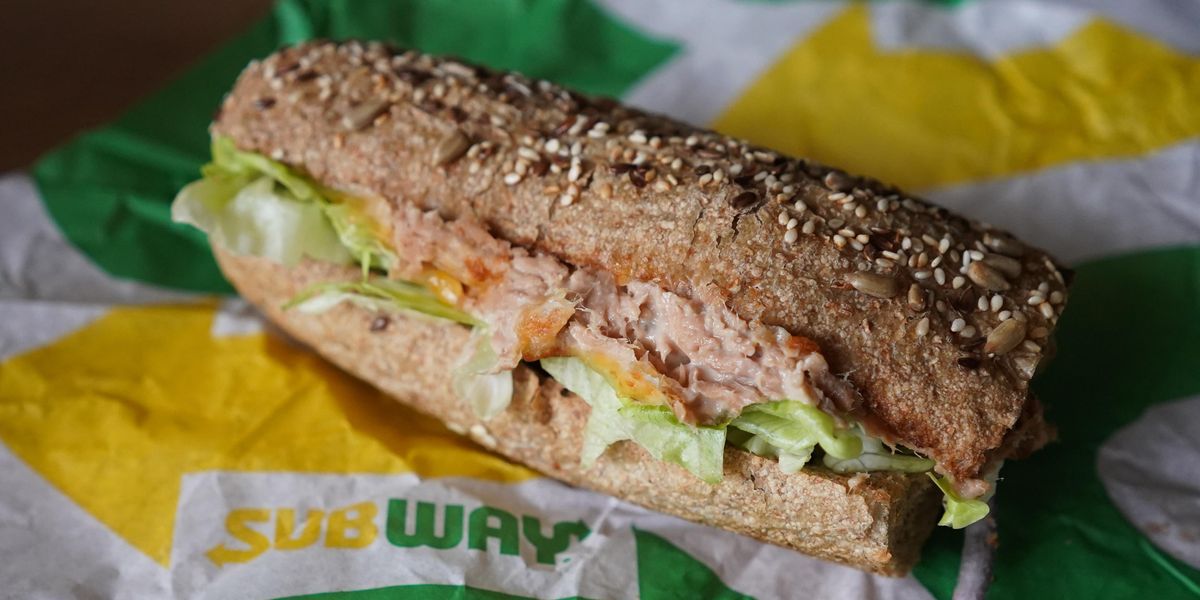 Today in potentially vexing questions we wish we didn't necessary want to ask but have to anyways: are Subway's tuna sandwiches actually made of tuna?

Related | Would You Eat Cicadas Covered in Hot Sauce?

According to a new study from the New York Times, a DNA test has determined that Subway's tuna sandwich actually contains no "amplifiable tuna DNA" despite the franchise's claims. The publication reportedly sourced "60 inches worth of Subway tuna sandwiches" from three different stores in Los Angeles and had it tested at a lab which was unable to determine even what fish the meat actually came from.

"There's two conclusions. One, it's so heavily processed that whatever we could pull out, we couldn't make an identification," a spokesperson for the lab told NYT. "Or we got some and there's just nothing there that's tuna." The investigation into whether or not Subway's "tuna" was legit or not was spurred on by a lawsuit filed earlier this year that the sandwich chain was misleading customers by falsely advertising the meat as tuna instead of "a mixture of various concoctions that do not constitute tuna."

Subway has repeatedly asserted that their tuna is in fact tuna despite claims to the contrary. But before we get too ahead of ourselves with sorting out the mystery meat situation, it's not like this hasn't been investigated before. Back in February, Inside Edition looked into the same thing and found that the samples they took from three different stores did actually contain tuna. In an attempt to demystify the process Subway employees have shared pictures of the package the tuna comes in and even posting TikToks showing the process of how they prepare the tuna in store. (Spoiler alert: it involves a lot of mayo.)

Even in NYT's own report, seafood experts admitted that it might be difficult to determine whether or not the meat is genuinely tuna because the meat actually gets slightly cooked in order to help sterilize it during the canning process which can break down identifying proteins. The fault could also lie with the canneries themselves who may be mislabeling their tuna or cutting it with a mix different fish but even then, tuna is fairly cheap as far as seafood is concerned so it's not really worth the trouble regardless.

So, to be fair to Subway, the tuna (most likely) might actually be tuna after all. It's understandable as to why Subway might be a little touchy when it comes to the whether or not their ingredients actually qualify as food. Last October, Ireland's Supreme Court ruled that Subway sandwich bread didn't legally qualify as bread since more than two percent of the bread content was just sugar.