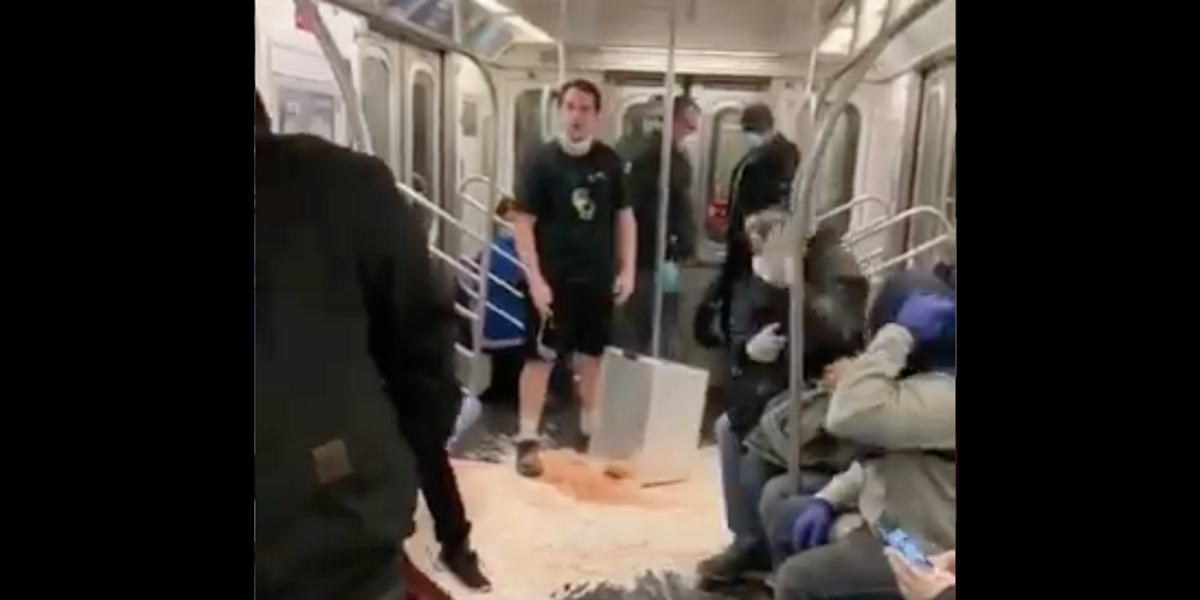 The man who went viral this week for eating — and then subsequently dumping — a bin filled with cereal and milk on the New York City subway is now apologizing after facing huge backlash online.

Josh Popkin, aka @fckjoshy on TikTok, posted a video to his YouTube channel yesterday asking viewers for their forgiveness after his poor excuse for a prank video started making the rounds earlier in the week. In the apology video, Popkin dons a homemade tie-dye Croc necklace while cycling through a list of 50 comments he received that called him out for his behavior in the original clip. While Popkin did vocalize that he was apologetic for the act that had the MTA labeling him as "despicable," the responses to his new video don't seem all that forgiving just yet.

"We've had some pretty bad apologies on social media and YouTube but this one is high up there," one comment reads. Users seem to not only be critical of the authenticity of his apology, but also of the style and format of the video in general; his sentences are split into a series of quick cuts rather than assembled as a whole apology. "It sounds like he's scolding us for hating him," another comment points out.

The full apology video is nowhere near as shocking as the original clip, which sparked criticism around the world from people who sympathized with the essential workers who were made to clean up the mess. Although Popkin has over three million followers on TikTok, it seems as if very few, if any, were in support of his most recent stunt and the clip has since been deleted. Check out the reposted clip via the MTA's statement on the developing situation below.