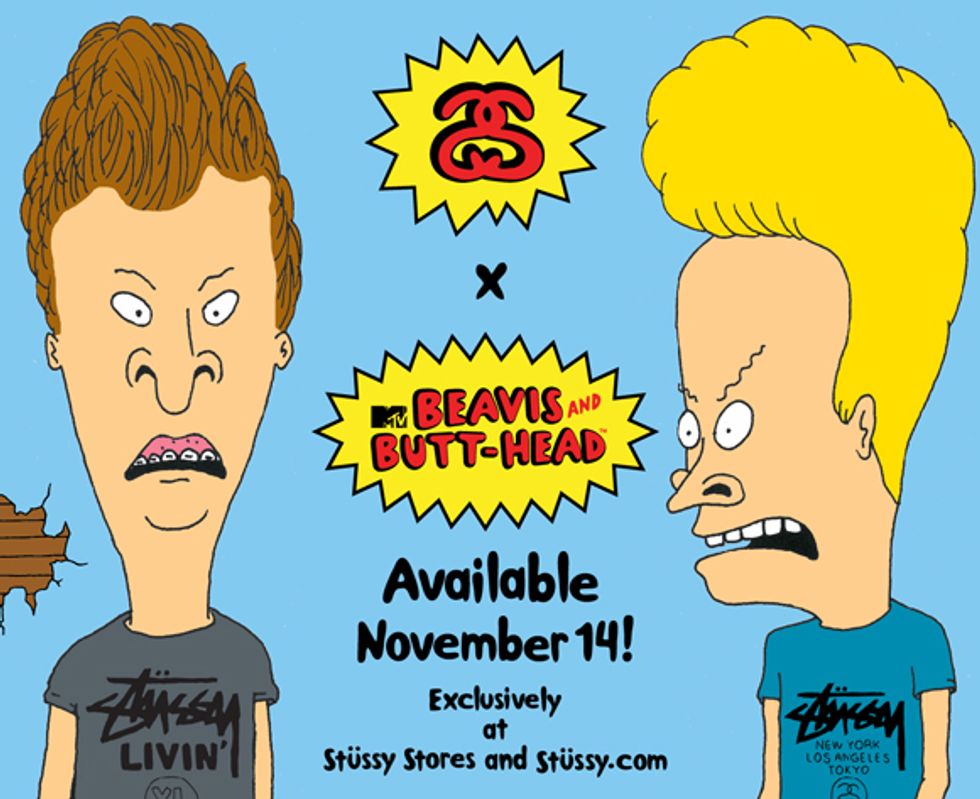 1. Stussy X Beavis and Butt-Head = Cool! Stussy is launching a limited edition of sweatshirts and tees with MTV and Mike Judge.  The line will be available on November 14 at Stussy stores and at stussy.com.

2. Andrew Kuo's "Reassessing 1991: The Year Punk Broke" chart is all kinds of awesome. A highlight: "Knowing the entire roster of of an independent record label from Washington, D.C., doesn't mean I know anything." [NYT]

3. How much is Gawker worth? The financial blog 24/7 Wall Street lists the 25 most valuable blogs in America and Gawker is number one, with an estimated value of $318 million.

4. China has sent the artist Ai Weiwei a bill for $2.4 million in back taxes. [Reuters]

7. "Sleepless Night" -- Miami's all -night celebration of music, art and dance -- starts at sunset this Saturday, November 5. There's 150 scheduled events at 80 venues around Miami Beach and it's all FREE.  Details Here. And don't forget to turn your clock back one hour.