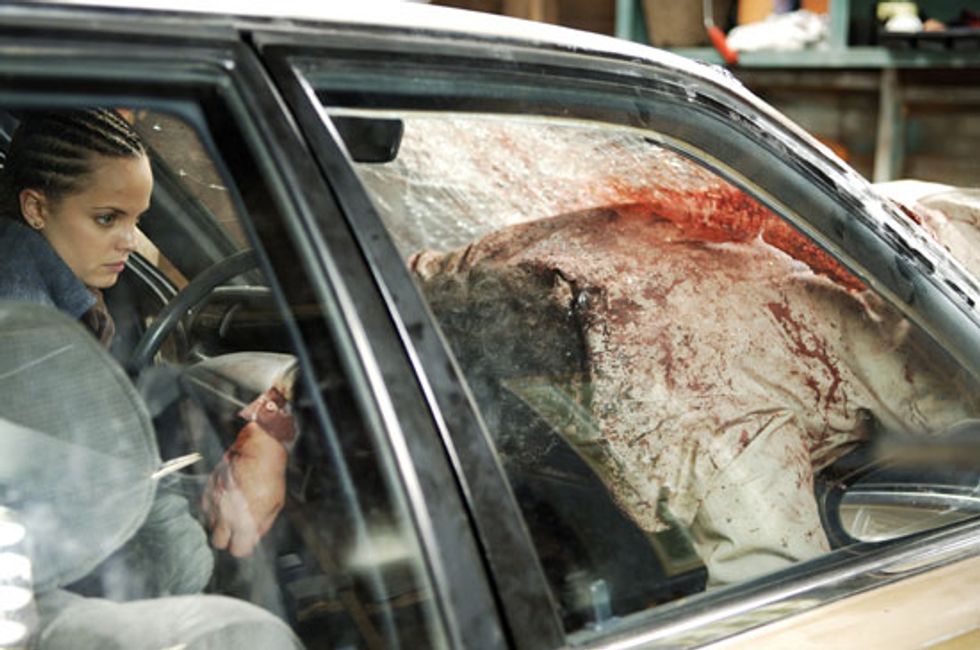 Opening this week is Stuck, a gleefully nasty dark comedy ripped from the headlines from director Stuart Gordon (Re-Animator). When Brandi (Mena Suvari) is driving home high from the club one night she runs her car into a down-on-his-luck homeless man (Stephen Rea). With him wedged in her windshield, she drives home, locks him in her garage, still bleeding and barely alive. Rea is heroically tenacious, and Suvari (with a full cornrow hairdo) is hilariously trashy, ironically playing a well-liked caregiver in a nursing home. And itâs nice to see the old Gordon alumni -- wife Carolyn Purdy-Gordon (mean and memorable in From Beyond and Dolls) as the severe hospital administrator, and the voice of Jeffrey Combs (Re-Animator) as an unhelpful 911 operator. This film really gets pretty brutal, but itâs always sardonically on target. I love these lean neo-noirs of Stuart Gordon (King of the Ants, Edmond). Theyâre remarkably spare and refreshingly savage.