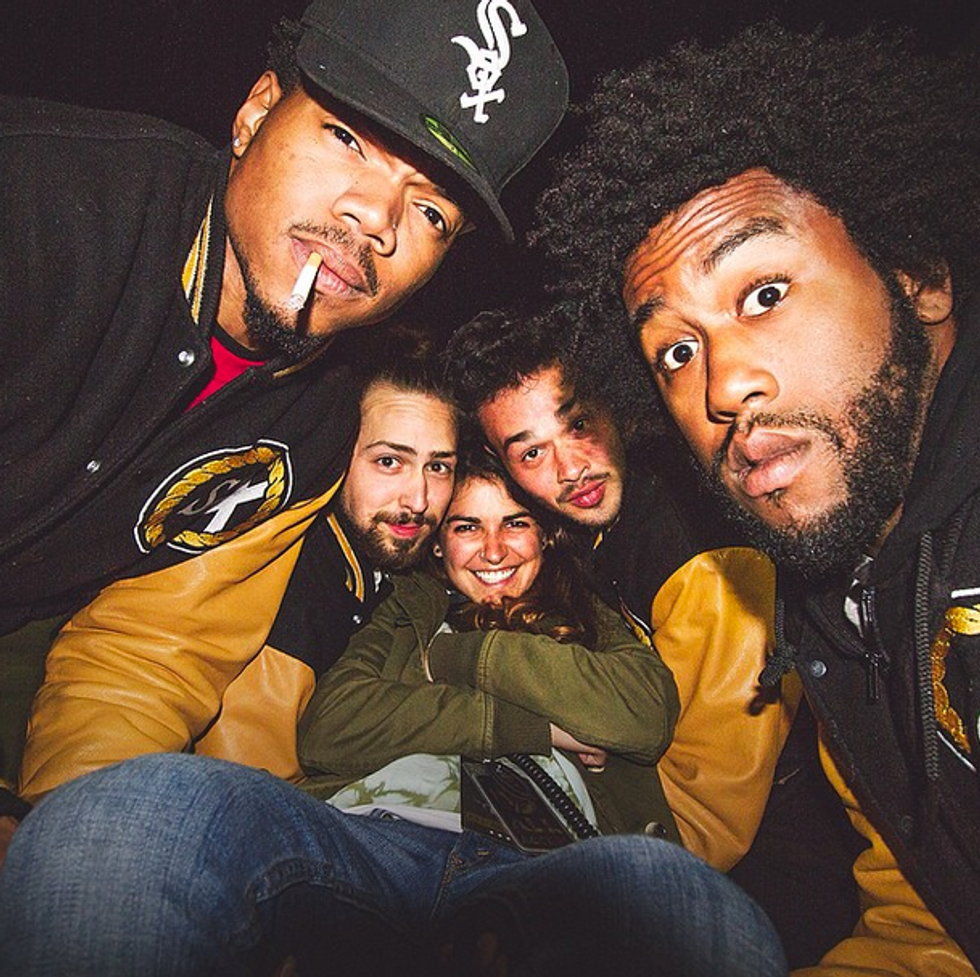 Stream Surf (Not an Album by Chance the Rapper)

by Eric Thurm
PAPERMAG
What a week for sudden releases of somewhat formless, drugged-out rap music. First, A$AP Rocky was forced to drop At. Long. Last. ASAP in response to a leak, and now Surf, the long-awaited follow-up to Chance the Rapper's massively acclaimed, star-making Acid Rap, is here. Sounds great, right? Except that Surf, contrary to what you may have heard, is not a Chance the Rapper album (at least not in the same way Acid Rap was). It's different -- and that's not necessarily a bad thing!

Yes, Chance the Rapper is one of the four members of the band The Social Experiment (along with Donnie Trumpet, a.k.a. Nico Segal, Nate Fox, and Peter Cottontale), and yes, he definitely appears on a lot of the songs on Surf. But -- grump alert -- if you look at the listing for the album on iTunes (its main distribution platform), it literally says the artist is "Donnie Trumpet and The Social Experiment." (For more on the collaboration behind the album and the history of the band, check out this Fader cover story.)

Don't worry, Chance fans. There are lots of other reasons to listen to the record, too -- like "Familiar," which, in addition to a verse from Chance, also somehow features Chicago drill kingpin King Louie and Migos' Quavo. Get Surf on iTunes, or stream it below.