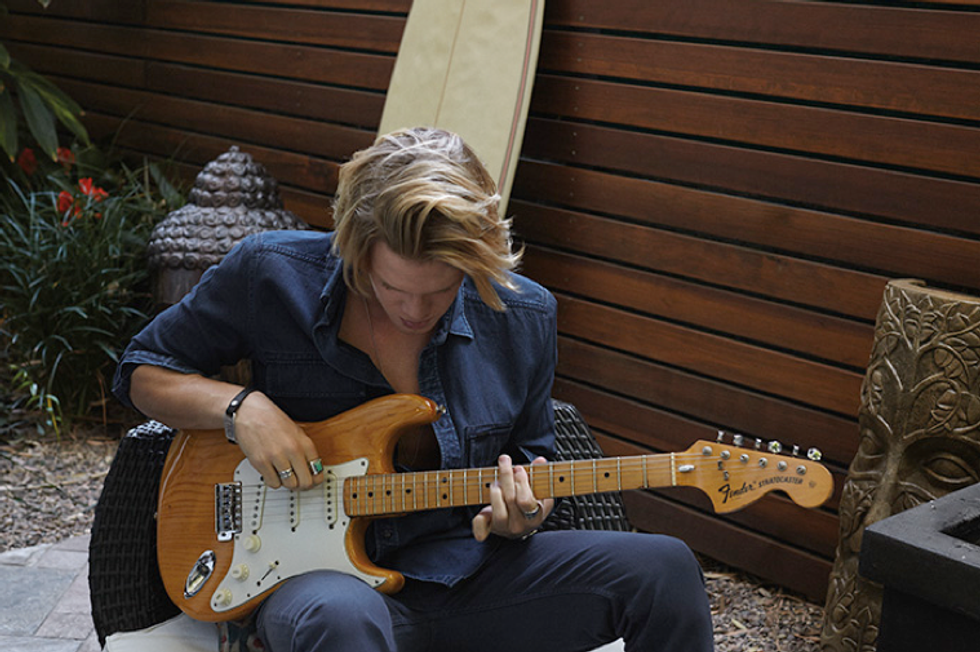 by Paper
PAPERMAG
Photo by Jacqueline Di Milia for PAPER
"I've learned a lot from the start of the album process to the end," Cody Simpson shared with us in our summer issue about his new album, Free. The 18-year-old has struck out on his own in more ways than one -- newly single after splitting from Gigi Hadid, Simpson also left the major label scene in favor of starting his own imprint, Coast House, and self-releasing Free. Talking more about the new album, which we're excited to be exclusively streaming here via the "MTV First" music program presented by Reese's, Simpson says that it "captures a good raw vibration inspired by new found independence and creative freedom" and that ultimately the album is just "some good old summerness for the youth of 2015." Either way, it's just in time to soundtrack your July 4th BBQs.

Listen to the album below.

Check out this awesome Album Premiere from Cody Simpson!
Fashion