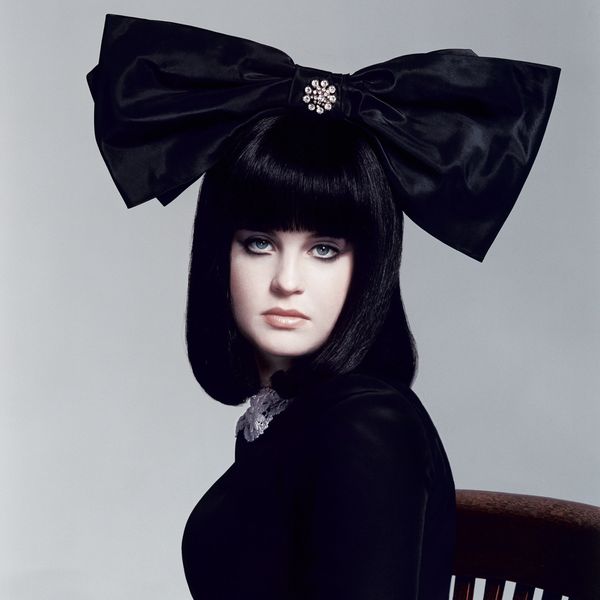 Kelly Osbourne first emerged in the public eye as the frowny-faced teenage daughter of Ozzy and Sharon, on MTV's The Osbournes. Her demeanor informed deeper artistic ambitions, though. When her rock-driven debut album Shut Up arrived in 2002, which was preceded by a cover of Madonna's "Papa Don't Preach," she carved a place for herself within the canon of riot girls du jour, from Avril Lavigne to Lindsay Lohan.

But it wasn't just teen angst, likely exacerbated by having grown up the daughter of rock royalty, that Kelly was transmuting. It was a need to be seen. Sadly, while Shut Up announced the budding rock singer, it was all but drowned out by the likes of Ashlee Simpson, who, for better or for worse, got more attention for creating a similar sound. Unfortunately, the girls Kelly was leveling with were all outshining her.

In a May 2005 PAPER cover story, perhaps unsurprisingly and due to her lineage, Kelly revealed that she was forced into the pop-punk box by her then label, Epic Records. "People think I'm a joke and that I'm famous because of who my father is," she said in one quote. Then, the kicker: "They wanted that 'Fuck you, I'm a girl, here's my punk-rock-pop' attitude. They told me what to wear and demanded that I lose weight. And when I didn't want to do it, they said, 'You're 16. You have a record deal. Why are you complaining?' So I didn't say anything."

Nevertheless, Kelly was determined to shine. After being dropped from Epic two months into her tour promoting Shut Up, she tapped songwriter/producer Linda Perry (P!nk, Christina Aguilera, Gwen Stefani, Courtney Love) to produce what would become her second album, 2005's Sleeping in the Nothing, which is now finally available to stream online after years being lost in the ether.

It was a smart move to enlist Perry, formerly of 4 Non Blondes fame, a one-woman pop architect of career transformation. Her track record includes spearheading P!nk's successful transition from harder-edged R&B singer to pop-punk priestess with 2001's M!ssundazstood, as well as Christina Aguilera's iconic Stripped era. As time has shown, both P!nk and Christina's careers took on surprising, more exciting dimensions under Perry's guidance. Kelly's first single with Perry was "One Word," and with it came a total overhaul from her angsty Hot Topic roots.

She arrived with a coolly detached, noirish look and sound indebted to New Wave and '80 synth-pop. "One Word," which featured a dramatic string section, a pulsating beat, and random French phrases was a shocking experiment that garnered enough acclaim and public interest to scale pop charts around the world, and top three of Billboard's dance music charts. There was even a trippy video, filmed entirely in black-and-white. Unlike Shut Up, a record she once called "manufactured crap," this new era afforded Kelly the ability to spread her wings. "This is the first time I've done something that I can honestly say makes me happy," she told PAPER at the time.

The album arrived June 2005, only a couple months after its breakout first single. Though it received mixed-to-positive reviews for its eclectic mix of strobe-lit rock ("Redlight" and "Entropy") and glittering club bops ("Suburbia"), Sleeping in the Nothing failed to make an impact, charting at 117 on the Billboard 200 in its first week and selling just shy of 9,000 copies. Later that month, Kelly, who publicly battled the press and substance abuse issues, reportedly checked into rehab, which halted all further promotion of the album.

By the time streaming services had been invented, the album seemed to disappear completely. In 2005, comeback albums from Mariah Carey (The Emancipation of Mimi) and 50 Cent (The Massacre) dominated the charts. Ashlee Simpson attempted a dance-rock-inspired second album that did not replicate the blockbuster success of her 2003 debut. Lest we forget, Madonna had a true stroke of genius with Confessions on a Dance Floor later that year.

Kelly Osbourne's Sleeping in the Nothing, though positioned as her artistic rebirth in the mainstream zeitgeist, was criminally slept on. While it's now ready to stream in 2019, the album is curiously missing "Don't Touch Me While I'm Sleeping," a wise choice considering its lyrics about date rape: "You wanna have a good time/ As he slipped me some wine/ And then I started to feel really sleepy/ And he had this creepy look in his eyes."

That blunder aside, considering the time it was born into, Sleeping in the Nothing was both musically and aesthetically the only mainstream product of its kind. In a modern world of shameless carbon copies, that's definitely something.