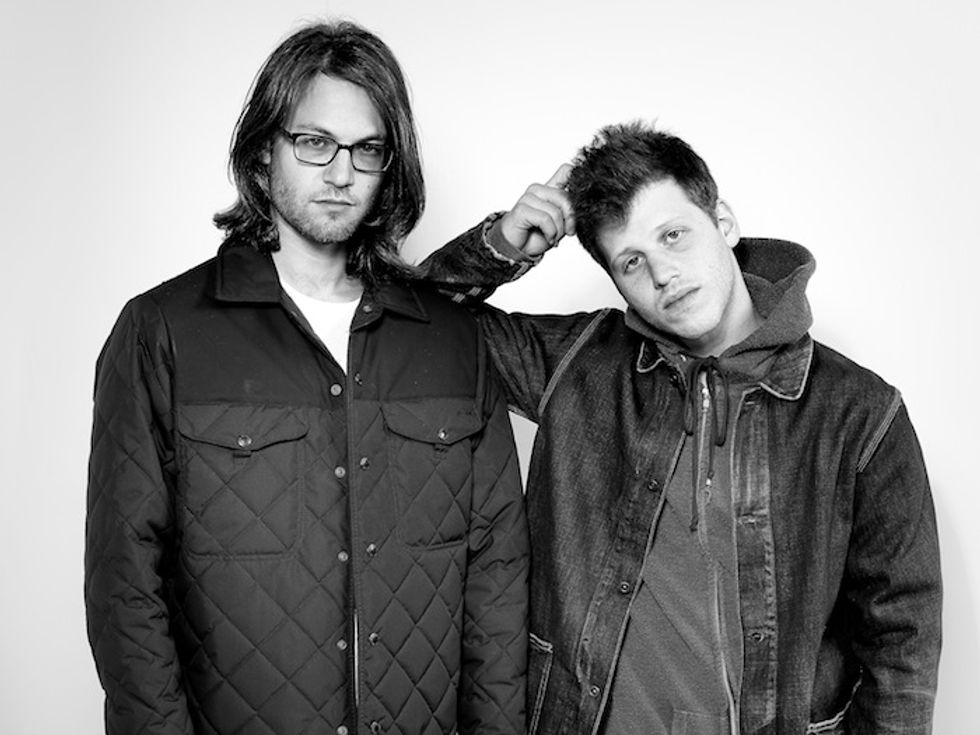 by Evan Siegel
PAPERMAG
Josh and Josh from Gosh Pith
"You're on with Josh and Josh" answer Gosh Pith as they pick up the phone. For the duo (Joshes Freed and Smith), there isn't a more appropriate greeting: their music's composition is so smooth, and its arrangement so effortless that you'd be surprised to learn that they didn't share a first name. With driving bass lines and ethereal vocals, their unique brand of self-described "cosmic-trap" inspires both meditation and dancing.

If "cosmic-trap" makes you think of a John Coltrane album-mixed-with-Baauer's once-omnipresent-"Harlem Shake", then don't let it fool you -- it's more of an inside joke, if anything. "A genre is a cosmic trap at the end of the day," explains Smith. It's "just shackling ...we wanted to throw out the whole idea." And throw genre out they did, creating a debut EP, Window, that simultaneously melds pop, hip-hop, techno, and more.

Meeting for the first time as kids while camping in Ontario, the Michigan natives reconnected in college at the University of Michigan. "The first time that we met in Ann Arbor we made a song," Freed says, "and we've been making music together ever since." Now roommates in Detroit, the pair juggle day jobs and collaborative music-making in a way that only develops through years of friendship, with each working on a song separately during lunch breaks, sometimes interpreting the other's thoughts precisely and without speaking. When asked where they want to take their music, the answer is quick: "around the world!" They add, "Play it loud, play it low, and play it with leather." Stream Window, below.