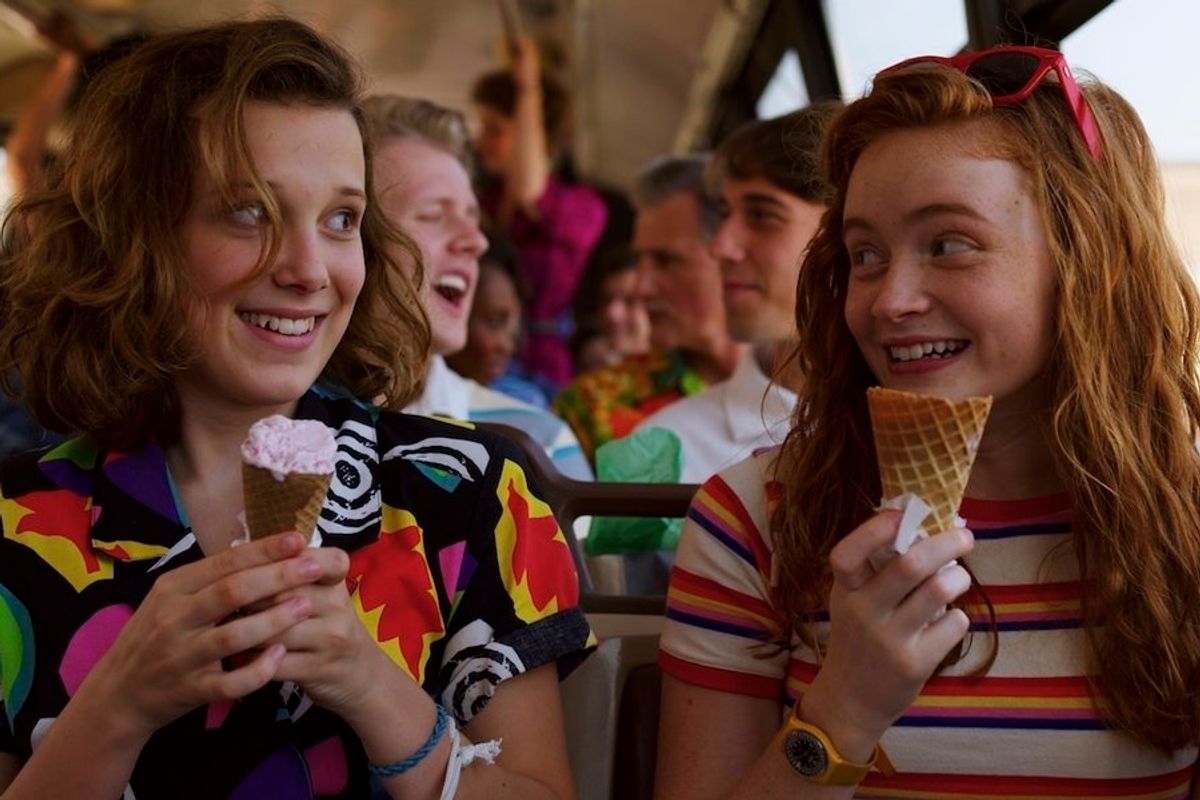 It's that time of year! A spring breeze and a new Stranger Things trailer for a season that you'll spend an entire, gorgeous day shuttered inside your apartment this summer watching. This season's big themes appear to be 80s suburban ennui, puberty anxieties, friendship and trauma!

The gang relish a summer of extreme normalcy in suburbia, in spite of their PTSD-ridden psyches and intimate knowledge of the shadowy monsters just a dimension away. They run around pool parties, green grassy fields, carnivals and Fourth of July celebrations to the tune of "Baba O'Riley." Eleven and Max are getting along, singing karaoke on their bedrooms (aw!). Steve and Nancy are still going steady (poor Jonathan) and working minimum wage jobs at the mall. Evil big brother Billy terrorizes the pool as a lifeguard. The trailer is a gorgeous survey of '80s fashuns: ugly prints, suspenders, denim vests, perms and scrunchies abound. And of course as the tweens turn into real human beings, puberty is in the air. "We're not kids anymore!" exclaims one of the boys.

The internet is charmed:

They might have made us wait for it, but the #StrangerThings S3 trailer is spot on 👌 Also, I just want to grab all… https://t.co/YLyYPDbIGs
— Lauren O'Callaghan (@Lauren O'Callaghan)1553083945.0

But obviously, they're not just normal kids working up the nerve to make out on summer vacation, they're the Stranger Things kids. And the ice cream at the mall won't put to rest their memories of battling monsters and traveling dimensions. "I mean, what did you think? We were just going to sit in my basement all day?" Mike says while Will stares at an old photo of the gang dressed in their Ghostbuster costumes. But they needn't worry: it doesn't take long for Eleven's nose to start bleeding, for her to fall back into in the Upside Down, and a giant many-legged monster to bust into their high school (again).