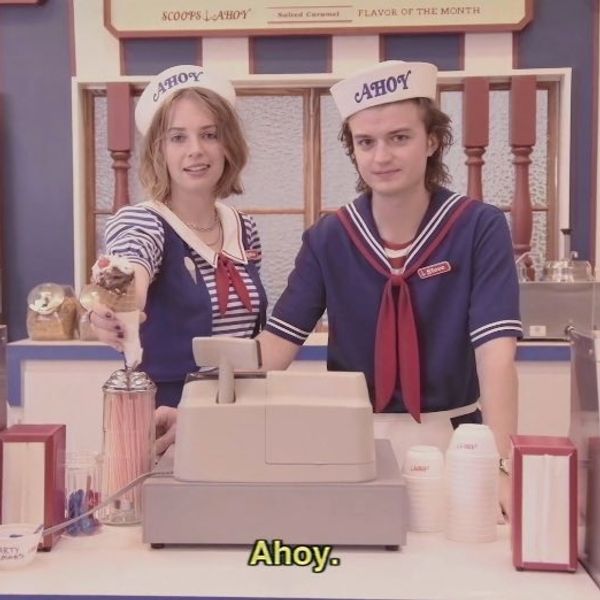 Bummer: the third season of Stranger Things isn't coming out until summer 2019. But this morning, to tease us just a little bit (or torture us, depending on your level of fandom), Netflix released a new preview. The teaser features a 90-second commercial for the new Starcourt Mall in the fictional town of Hawkins, Indiana, "a growing patriotic community and a shining example of the American Dream." It's so perfectly '80s. There's a Sam Goody, a Waldenbooks, a Hot Dog on A Stick. Remember malls? Malls were fun.

While the teaser doesn't feature any of the AV Club members, wait for a glimpse of Steve Harrington (Joe Keery), shown working at a nautically-themed ice cream parlor called Scoops Ahoy. He's pictured alongside new cast member Maya Hawke, daughter of Ethan Hawke and the god Uma Thurman. Hawke will play Robin, who, according to Deadline, is "bored with her mundane day job [and] just wants a little excitement in her life… and gets more than she bargained for when she uncovers a dark secret in Hawkins." Netflix gave her character description as "alternative girl," so we're hoping for a Robert Smith moment.