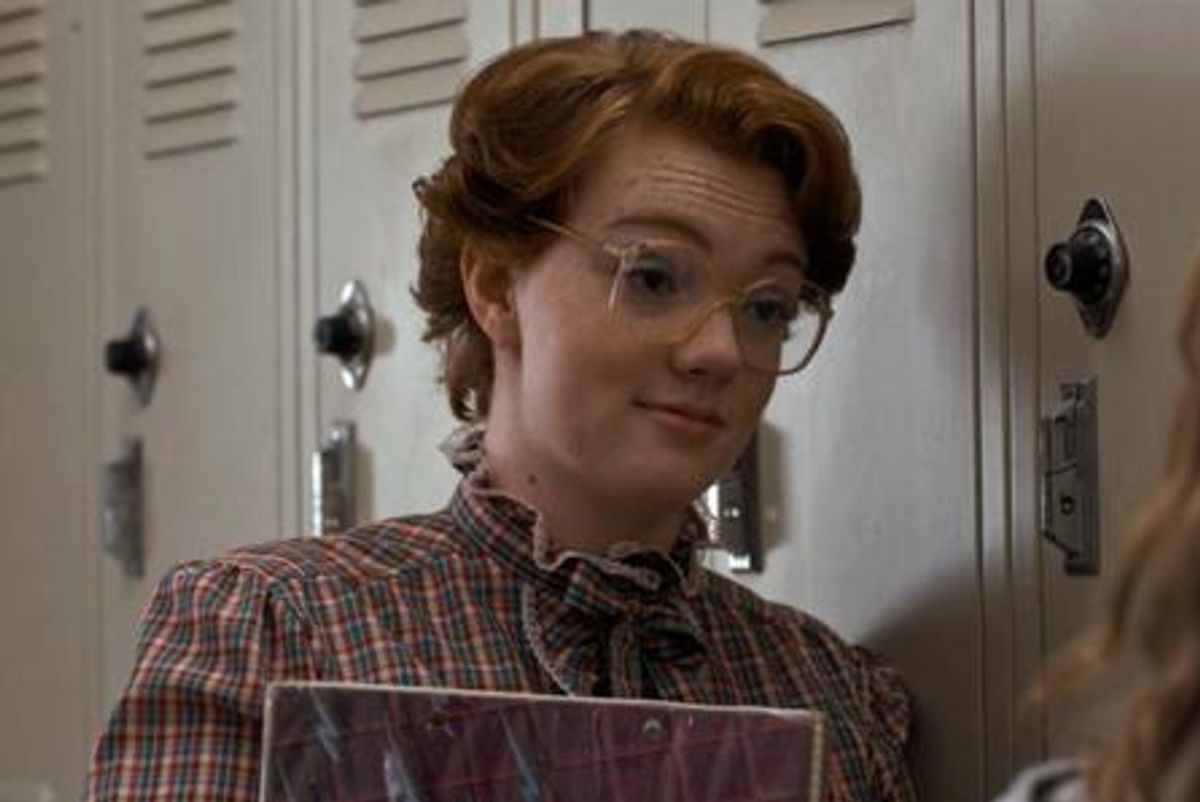 The Duffer Brothers, creators of Netflix's runaway summer smash, Stranger Things, have finally weighed in on the fate of most important character on the show - BARB! As we're sure you already know if you've been following our extensive coverage on the subject, Barb was the eye-rolling, bespectacled Trapper Keeper goddess who got snatched by an extra-dimensional demon when her best friend blew her off to shotgun beers and go all the way. We are all most definitely Barb.

Last time we saw Barb on the show, she was looking... pretty dead, and unfortunately for those of us hoping Barb would be given the Carrie moment she deserves, it looks like she will not be returning from the grave for Season 2. However, in an interview with IGN, The Duffer Brothers have promised us justice, or at the very least, a moment of healing.

"Barb will not be forgotten. We'll make sure there's some justice for Barb. People get very frustrated, understandably, that the town doesn't seem to be really dealing with Barb. That stuff is all happening. We're just not spending any screen time on it. It's not like her parents are like 'Oh Barb left. She died!' Season One actually takes place over the course of six or seven days – it's a really short period of time. So part of what we want to do with hypothetical Season 2 is to explore the repercussions of everything that happened.

Forever in blue jeans, forever in our hearts. COME THROUGH GHOST BARB!