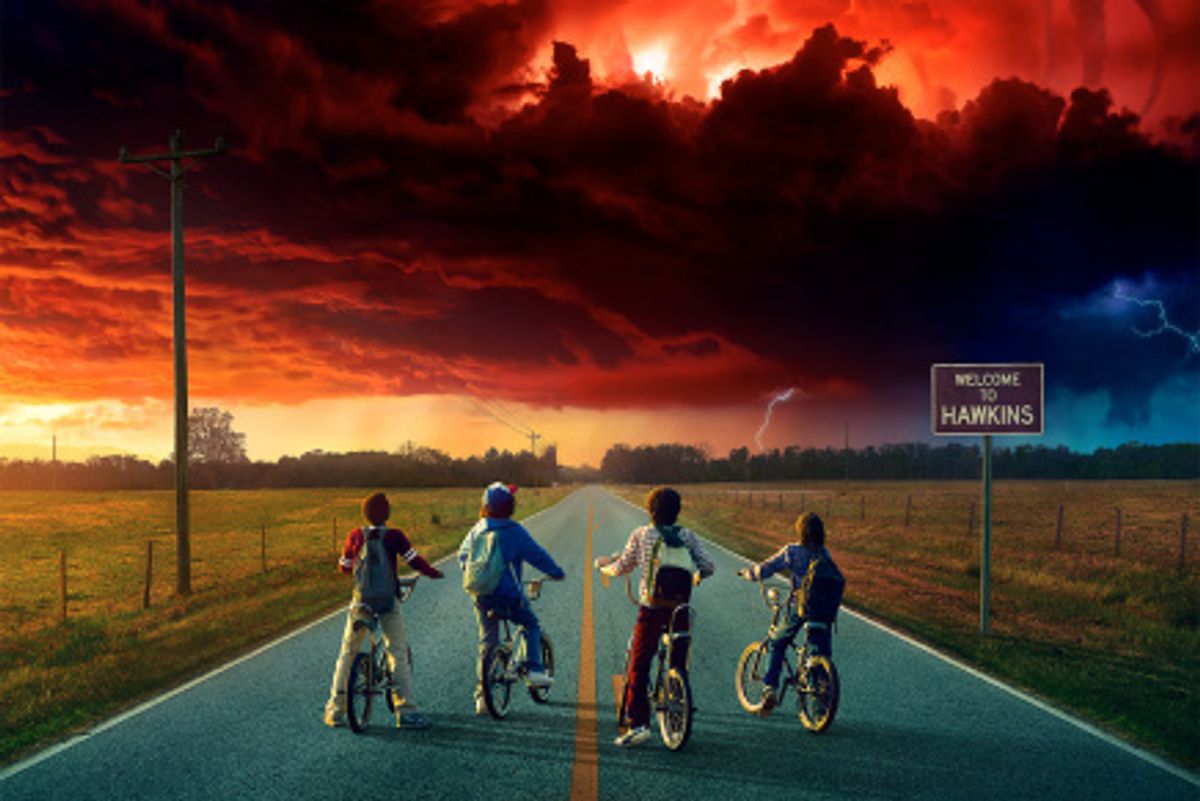 Stranger Things, the Netflix series that launched a million half-hearted 2016 Halloween costumes, is officially returning to us on October 27th with a second season. In case this news didn't leave you 100% shook, the show's creators accompanied the premiere announcement with a brand new teaser trailer that features our favorite cute lil guys from season 1 riding straight into a supernatural thunderstorm. Let's have a look, shall we?

Netflix also released a poster for the second season, which features the angriest red thunder guy you ever did see...

According to Netflix's description, Season 2 picks up right where Season 1 left off:

"It's 1984 and the citizens of Hawkins, Indiana are still reeling from the horrors of the demagorgon and the secrets of Hawkins Lab. Will Byers has been rescued from the Upside Down but a bigger, sinister entity still threatens those who survived."