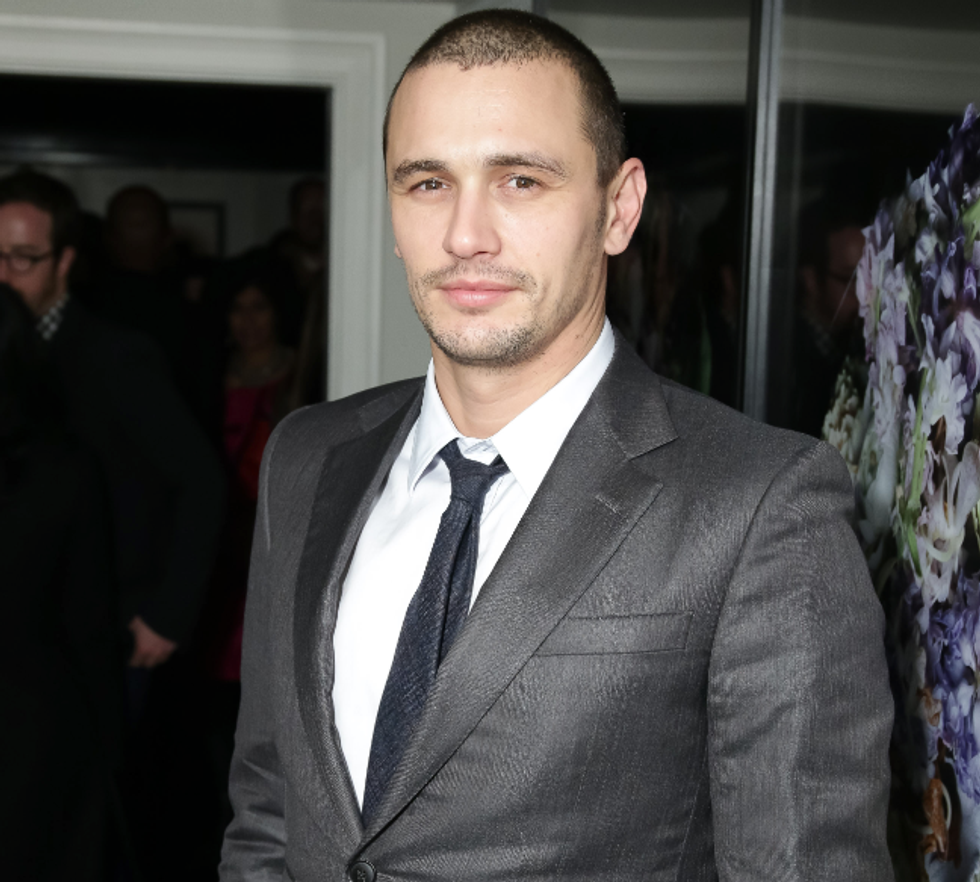 by Elizabeth Thompson
PAPERMAG
Photo by Matteo Prandoni/BFAnyc.com
James Franco is no stranger to quasi-meta introspection as art -- take his James Franco X James Franco selfie calendar for our Break the Internet Issue, or his mirror make-out session for the New York Times a few years back. He's also long-gravitated toward artistic projects with gay themes, with his short film Interior. Leather Bar receiving mostly positive reviews and his various roles as gay characters over the years. As a straight man, does Franco view his work as helping to loosen Hollywood from its firmly rooted homophobia or is this all part of the Franconian wink-wink stunty-ness we've come accustomed to over time? 429 Magazine has put Meta James As Art on steroids for their latest issue, having "Straight Franco" interview "Gay Franco" in an attempt, seemingly, to answer those very questions.

The entire piece isn't online, so it's unclear if those topics ever do get addressed, but Slate excerpted the following, with Franco addressing something that has been at the core of many gossip posts, as well as that time his bros totally burned him on his Comedy Central roast.

Straight James: Let's get substantial: are you fucking gay or what?

Gay James: Well, I like to think that I'm gay in my art and straight in my life. Although, I'm also gay in my life up to the point of intercourse, and then you could say I'm straight. So I guess it depends on how you define gay. If it means whom you have sex with, I guess I'm straight. In the twenties and thirties, they used to define homosexuality by how you acted and not by whom you slept with. Sailors would fuck guys all the time, but as long as they behaved in masculine ways, they weren't considered gay.

So there you have it folks -- James Franco is/is not gay. And now, allow us to introduce Substantial Franco: the best/worst Franco of them all.