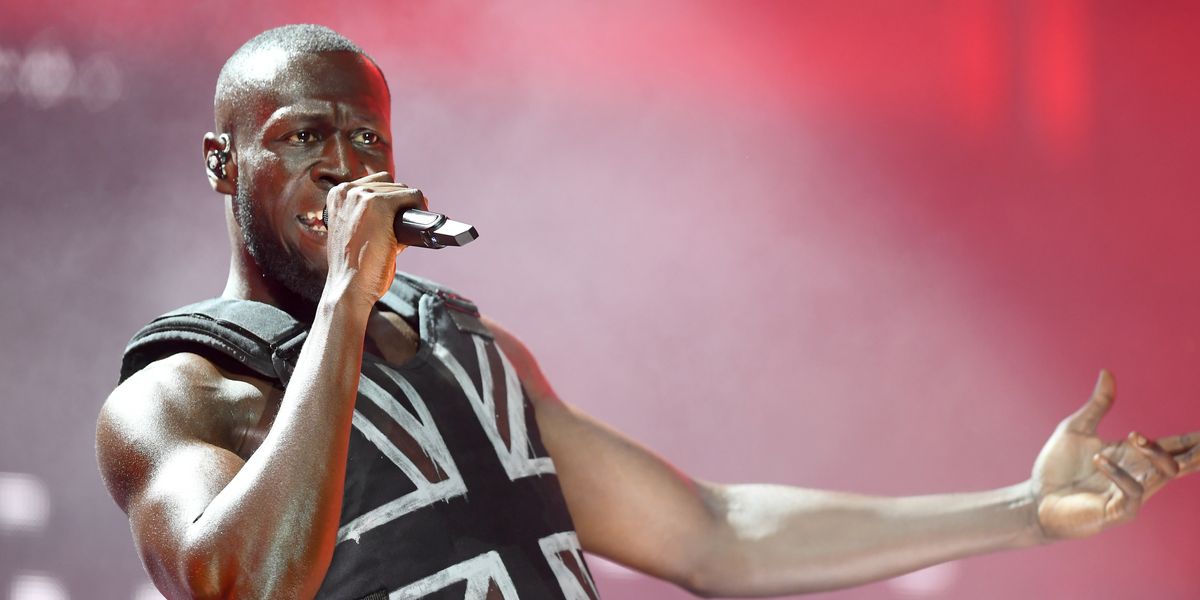 Rapper Stormzy made history as the first Black British solo artist headlining performer at the 49th annual Glastonbury Festival on Friday night. He made sure to use his time on the Pyramid Stage to shed light on significant political issues such as Britain's knife crime crisis, as well as racial inequality in the U.K.'s criminal justice system.

At the beginning of his set, Stormzy wore a stab-proof vest bearing a Union Jack flag, which street artist Banksy later claimed on Instagram as his work. The famously anonymous artist wrote, "I made a customised stab-proof vest and thought - who could possibly wear this? Stormzy at Glastonbury." The design seems to be a reference to the knife crime epidemic in Britain, which the rapper has also spoken about in his music.

In the comments, Stormzy wrote, "You'll never know what this means to me. I feel like I am dreaming this is all a dream. Honoured, grateful, thank you, I don't have any words for this."

During his performance, the grime star also had a black ballet dancer perform onstage, also highlighting that ballet shoes have only recently become available for dancers with skin tones other than white.

Tonight @Stormzy made history by being the first black solo British headliner at Glastonbury. The performance was political, iconic and the ballet was beautifully powerful. It won't just go down in Glastonbury history - it'll go down in our country's cultural history. #Glasto2019 pic.twitter.com/pmRt5OuqBI

The set was also made to be inclusive for deaf festival attendees, with Tara Asher — one of the few British Sign Language interpreters who are specialists in grime music — present to interpret Stormzy's whole set.

Only 4 British Sign Language interpreters in the UK are specialists in Grime. Tara Asher signed Stormzy’s Glasto set for deaf festival goers.
She rehearsed each song for a day. This is joyous. She LOVES her job. Have a watch please. @BritishSignBSL @deafzone1 #glastonbury19 pic.twitter.com/OkeW9irIoG

The 25-year-old rapper is also the second-youngest headliner at the festival, only next to a 24-year-old David Bowie who played the festival in Somerset in 1971.