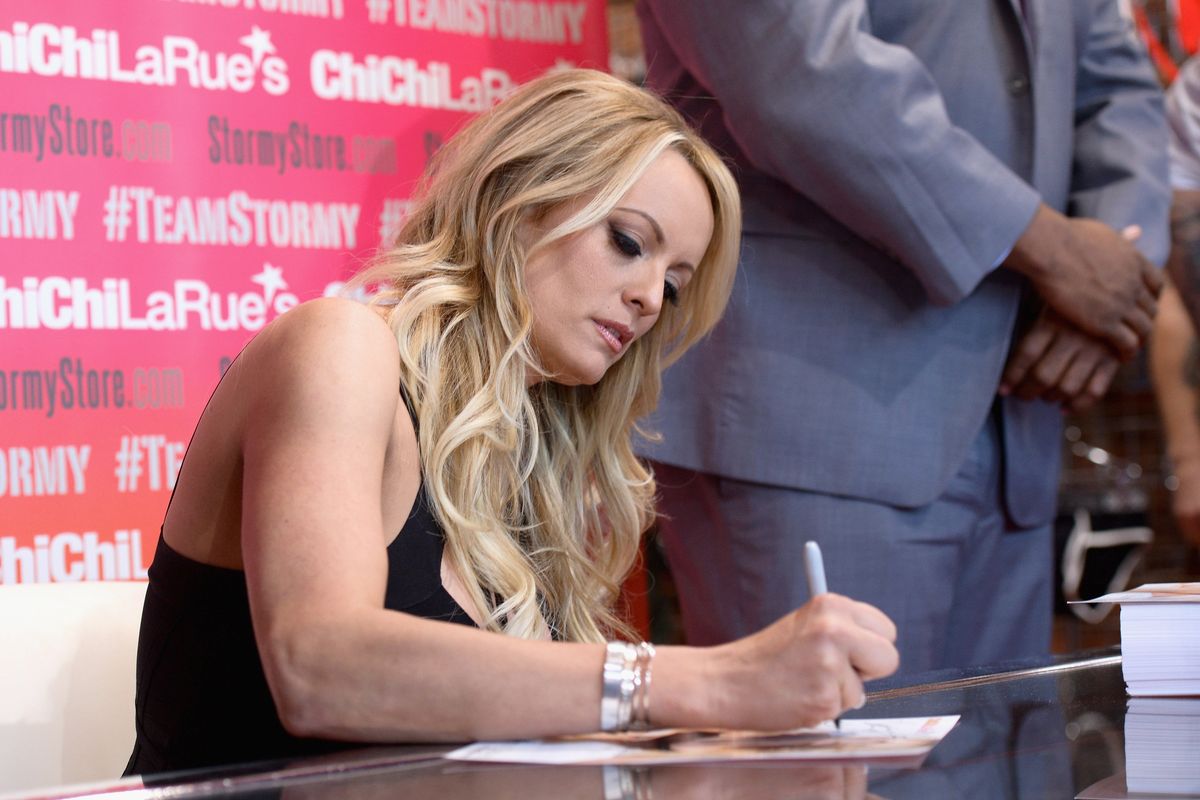 Stormy Daniels (real name Stephanie Clifford) has been a small beacon of hope in these immensely trying times as she sues Trump for defamation. We have to protect her at all costs, which is why it's so frustrating to hear that she was recently arrested at a strip club in Columbus, Ohio and was charged with three misdemeanors. Daniels' lawyer has said that the arrests seem like a politically-motivated set up, perhaps meant to silence Daniels and keep her from suing the president and talking about her alleged affair with him.

The charges are three counts of "illegal sexually oriented activity," according to The New York Times. While performing, Daniels "engaged in touching with customers who turned out to be undercover vice officers," Michael Avenatti, Daniel's lawyer, has said. According to the Times' reports from police officers who were at the club, Daniels "pressed patrons' faces into her chest and fondled the breasts of some women in the audience. She performed similar acts on three officers, and grabbed one by the buttocks." It is illegal in Ohio for someone in a sexually-oriented workplace to touch or be touched by a patron unless they are a family member.

She was arrested for allegedly allowing a customer to touch her while on stage in a non sexual manner! Are you kidd… https://t.co/tFS8JOoIhf
— Michael Avenatti (@Michael Avenatti)1531371979.0

Avenatti has also wrote that he and Daniels will "fight all bogus charges," adding, "She was arrested for allegedly allowing a customer to touch her while on stage in a non sexual manner! Are you kidding me? They are devoting law enforcement resources to sting operations for this? There has to be higher priorities!!!"

He went on to say that Daniels will plead not guilty. He also shared an official statement from her that reads, "As a result of what happened last night, I will unfortunately be unable to go forward with tonight's scheduled performance. I deeply apologize to my fans in Columbus."

Daniels posted a cash bail of $6,054 and was release from the Jackson Pike jail today.