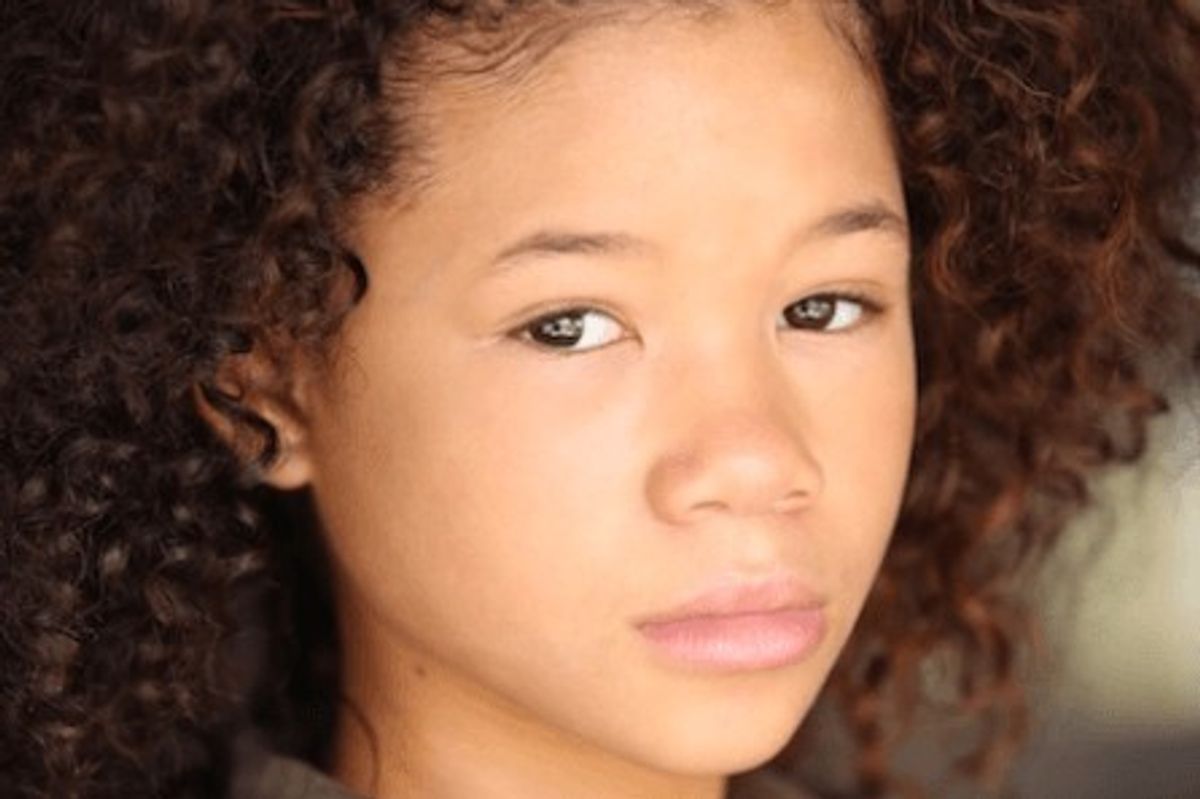 13-year-old Storm Reid, who starred in 12 Years A Slave, has been cast as Meg Murry in the Disney film adaptation of Madeleine L'Engle's immortal classic A Wrinkle In Time.

The movie, directed by the brilliant Ava DuVernay (who was the first black female director to be nominated for a Best Director Oscar for Selma), with a script by Frozen scribe Jennifer Lee, will follow the book's plot of Meg Murry, her younger, prodigious brother Charles Wallace, and her loyal friend Calvin O'Keefe, as they embark on an inter-dimensional journey across the known universe, in search of Meg and Charles Wallace's missing scientist father.

Also starring in the movie as the Mrs. W's (Mrs. Which, Mrs. Whatsit , and Mrs. Who) are Oprah Fucking Winfrey, Reese Fucking Witherspoon, and Mindy Fucking Kaling.

I am actually crying as I type this.

Of the casting for Storm, DuVernay stated:

After an extensive search that spanned multiple dimensions, we're overjoyed to welcome Storm Reid to Wrinkle in Time as our beloved 'Meg.' Storm is a tremendously talented young actress who embodies the hopes, dreams and spirit of a character much loved by audiences worldwide for generations. I can't wait to work with Storm as we chronicle Meg's epic quest, alongside Oprah Winfrey, Reese Witherspoon and Mindy Kaling as Mrs. Which, Mrs. Whatsit and Mrs. Who. Tesser well!


Notably, the film version will feature the Murrys as a mixed-race family, with DuVernay also seeking a non-white actor to portray Calvin, who, in the novel, is described as Caucasian with red hair.

As indicated by Entertainment Weekly, DuVernay will also be "the first woman of color to direct a live-action movie with a budget of more than $100 million."

It's about damn time.