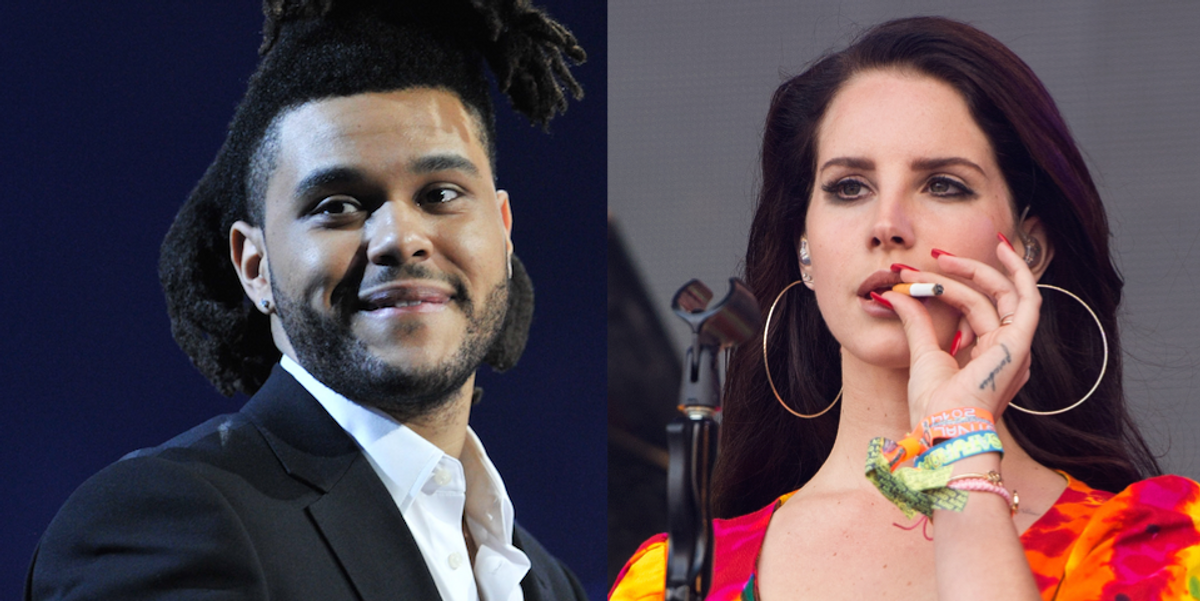 Stop Everything: Lana Del Rey's Album Title Track "Lust For Life" with The Weeknd is Here

Friends, servicemen, allies, we made it. Lana Dey Rey's title track from her upcoming album Lust For Life is here and my goodness my body was not ready. I'm broken.

The song is a synth-filled anthem that capitalizes on the sad sweetness that both Lana and The Weeknd came up on – surprisingly, the track is more of a duet than merely Lana featuring her male counterpart. The songstress breathily raps about boyfriends and Hollywood while the pair alternate telling each other to take their clothes off in the pre-chorus. God is good.

In her Dazed interview with Courtney Love, Lana elaborated on her decision to collab with The Weeknd on for the title single, with who she shares a long audio history. Lana appeared on the The Weeknd's most recent album Starboy as well as the Canadian singer's 2015 record Beauty Behind the Madness.

"Maybe that's kind of weird to have a feature on the title track," she said, "but I really love that song and we had said for a while that we were gonna do something; I did stuff on his last two records."