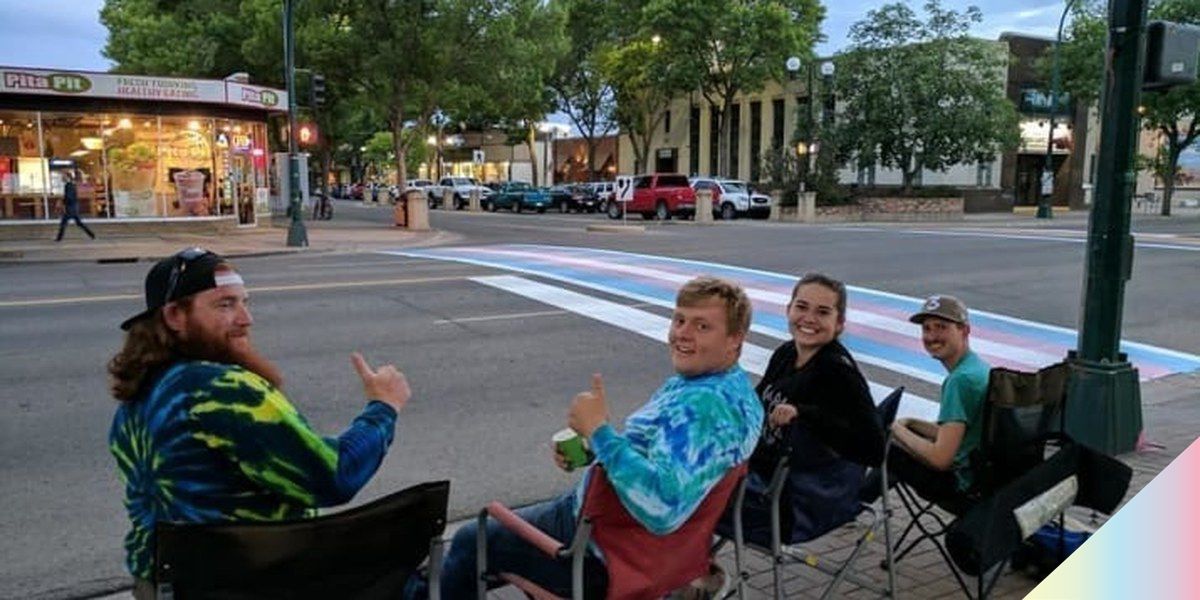 With today's announcement that the Supreme Court will review a same-sex wedding cake case, potentially setting a precedent against sexual identity discrimination, it's equally important to take note of the small things. Things that might not have a nationwide impact, but are truly heartwarming, all the same. And that couldn't be more clear than with the news about a group of athletes and citizens of Lethbridge, Alberta, Canada, who watched over the city's LGBT and Trans crosswalks to keep them from being vandalized.

In the days leading up to the town's Pride parade, the crosswalks—painted to look like the Pride and Trans flags—had been purposefully tarnished by tire skid marks and buckets of black paint. Fortunately for all, further juvenile attempts at defacing touching tributes to a movement all about living loud, proud, and colorfully, were thwarted with a supporting group of neighbors.

In an interview with Lethbridge News, one of the watchers, shot putter Peter Millman, said, "[Vandalism is] the last thing we wanted everyone to wake up to, is another disappointment on the day of Pride. If us sitting out here overnight is a bit of a deterrent, then it's the least we can do I guess. Hopefully everybody will have a really happy Pride today." On all accounts from the event, it was a success.

So amazing. After the @LethPrideFest sidewalks were vandalized, this group is spending the night making sure no one does it again! pic.twitter.com/4tQEfN31q6
— Mike Morrison (@mikesbloggity) June 24, 2017