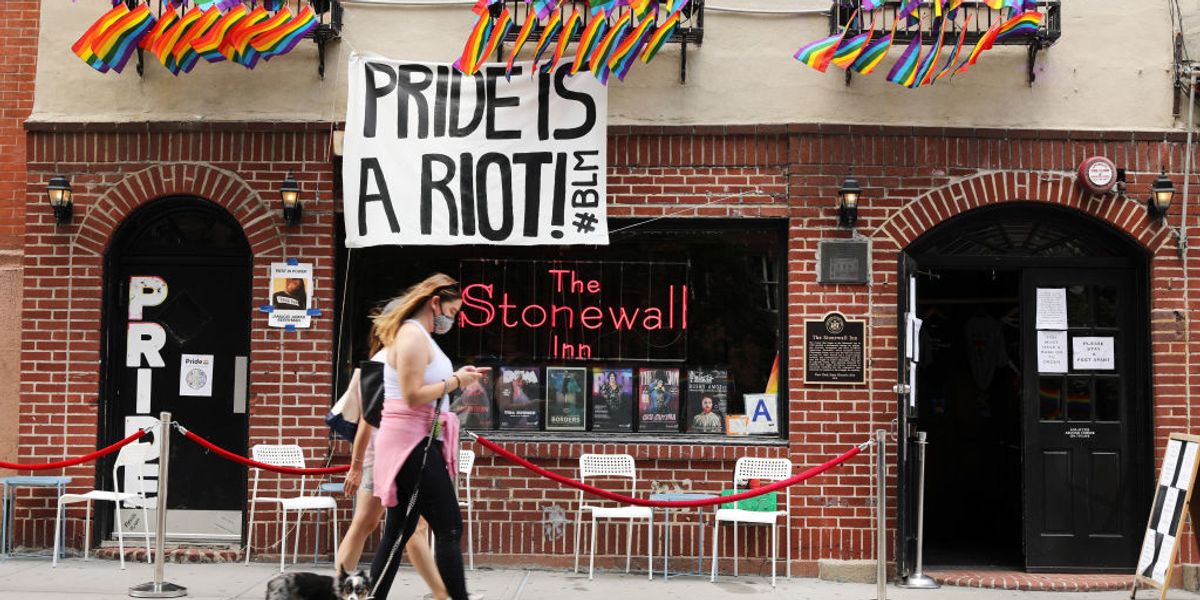 Stonewall Inn Has Been Saved

Update 7/30: Although the way we celebrated this year's Pride changed, the powerful spirit of the month prevailed. As a result, the Stonewall Inn has been saved.

After the Inn released last week a statement announcing its potential closure due to the outbreak and spread of COVID-19, a $250,000 crowdfunding donation will allow the bar to stay up and running.

The donor is the Gill Foundation, an organization that describes itself as "one of the nation's leading funders of efforts to secure full equality" for the LGBTQIA+ community. The crowdfunding campaign has now reached a high of $294,938, just short of its $300,000 goal.

July 6 marks the date of reopening (at 50% capacity) for the Stonewall Inn. In the meantime, you can donate to the crowdfund here and the staff campaign here, which is still short of its $60,000 goal. — Logan Potter

Even if you've never been there, you've heard of it; The Stonewall Inn, one of New York City's foremost landmarks of the LGBTQ+ rights movement, is in danger of closing permanently in the wake of the coronavirus outbreak in the United States.

Stonewall has been a shining monument to the early fight for gay rights in the Greenwich Village for decades now, ever since the 1969 riots that put the bar under an international spotlight as a hub for queer liberation. Key patrons of the bar, like transgender rights advocates Marsha P. Johnson and Sylvia Rivera, were both the catalysts for and on the frontlines of the fight against police raids of queer bars and clubs in NYC. While the riots may have put the bar on the map, it was the work and iconography of queer and trans people of color that ensured its lasting impact as a community center for changemakers.

The once-crowded bar has been empty these days during an era of closures and social distancing. "The Stonewall Inn faces an uncertain future and we are in need of community support," a statement on the bar's Instagram reads. "The road to recovery from the COVID 19 pandemic will be long and we need to continue to safeguard this vital piece of living history for the LGBTQ community and the global human rights movement and we now must ask for your help to save one of the LGBTQ+ communities most iconic institutions and to keep that history alive."

The bar, made a national monument under President Barack Obama, is asking for donations via two separate GoFundMe campaigns. One is for supporting the business and its operations, and another is for its staff. While the business-wide campaign has reached its goal, its staff still needs help reaching a $60,000 goal. Donate to the staff campaign here.