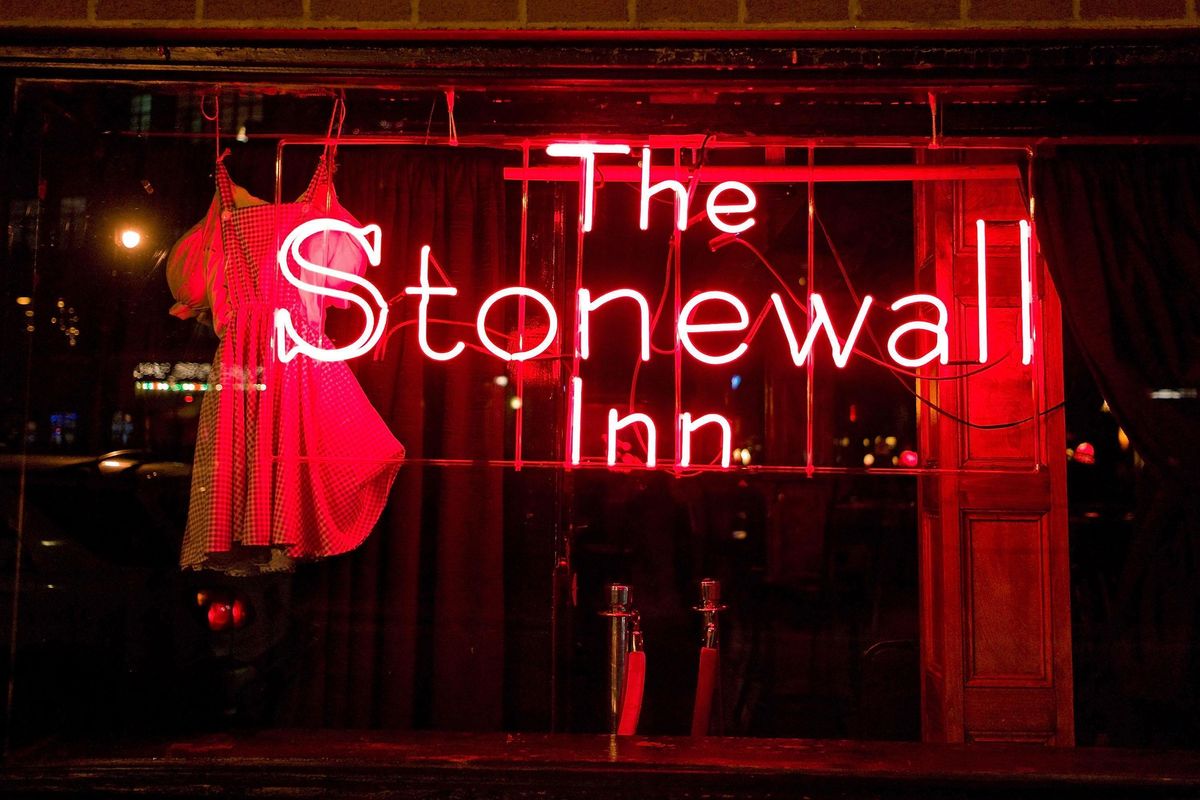 One such monument up for review is The Stonewall Inn, a bar in New York City's LGBTQ-friendly West Village that is celebrated in queer history as the birthplace of the LGBTQ-rights movement. The Stonewall Inn was famously the site of a June 1969 riot against the regular police raids happening on the bar. Obama designated the Stonewall a National Monument last year, saying, "Stonewall will be our first national monument to tell the story of the struggle for LGBT rights."

In recent months, the Stonewall has been a gathering ground for the resistance to the Trump administration and its anti-LGBTQ policies. The landmark's history also serves as a reminder of the important role LGBTQ people of color, and trans people of color in particular, have played in the movement toward equality.

"Trans women, particularly trans women of color, are the mothers of the LGBT movement," Hari Nef said during a recent anti-Trump rally outside the Stonewall in February. "I have heard it said, and I believe, that Marsha P. Johnson, a black trans woman, threw the first brick at Stonewall."

Even if Trump rescinds the Stonewall Inn's landmark status - which seems like a high possibility given his nascent administration's targeting of LGBTQ people and the bar's vocal resistance to Trump himself, the deep history behind the bar and the sense of community it fostered can't be taken away so easily.