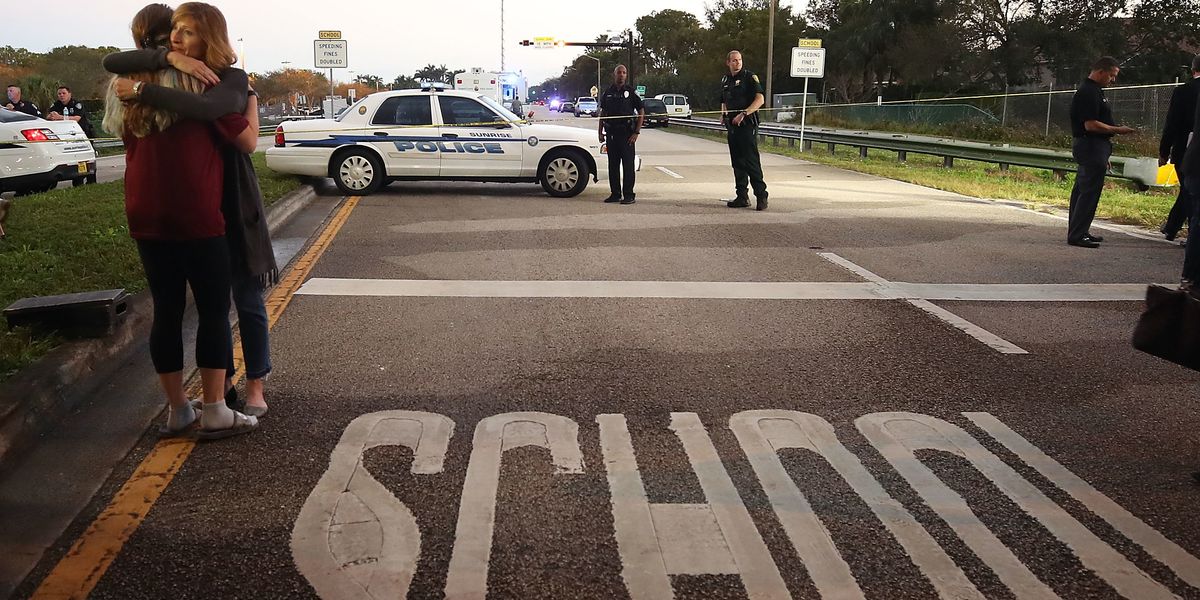 Yesterday marked the seventh fatal school shooting in 2018, just seven weeks into the year. 17 people are confirmed dead at Marjory Stoneman Douglas High School in Parkland, Florida after a 19-year-old gunman with ties to a white nationalist group opened fire. In the aftermath of such all-too-familiar American tragedies, "thoughts and prayers" just aren't going to cut it. And while it can feel overwhelming to face the realities of powerful gun lobbies, entrenched racism, lack of access to healthcare and the other institutional issues that contribute to the proliferation of mass shootings, there are some things you can do on an individual level to help.

1. Give blood. Donating blood saves lives. Especially if you live in the area of a mass casualty, giving blood can make a huge difference in treating victims of gunshot wounds. OneBlood is calling specifically for donations of the universal blood type O-negative at donation centers over the next few days.

OneBlood responded immediately to the shooting at #MarjoryStonemanDouglas High School by rushing blood to area hospitals. The immediate blood needs have been met. There is a need to replenish the O neg blood supply. O neg donors can find locations here. https://t.co/4bf6azJKVk pic.twitter.com/kWcRaP1ooj
— OneBlood (@my1blood) February 15, 2018

2. Contribute through GoFundMe. The local nonprofit Broward Education Foundation has set up a victims' fund via GoFundMe with a goal of raising $100,000. Donations will go toward financially supporting victims and their families. Donate here.

3. Donate to nonprofits dedicated to fighting gun violence and helping the victims. Orlando's New 6 has already partnered with the group Public Good to identify legitimate charities that are working to help the victims. Five organizations they've recommended are: Broward Health Foundation, Cure Violence, Everytown for Gun Safety, the National Center for the Victims of Crime, and the American Red Cross. You can find more info here.