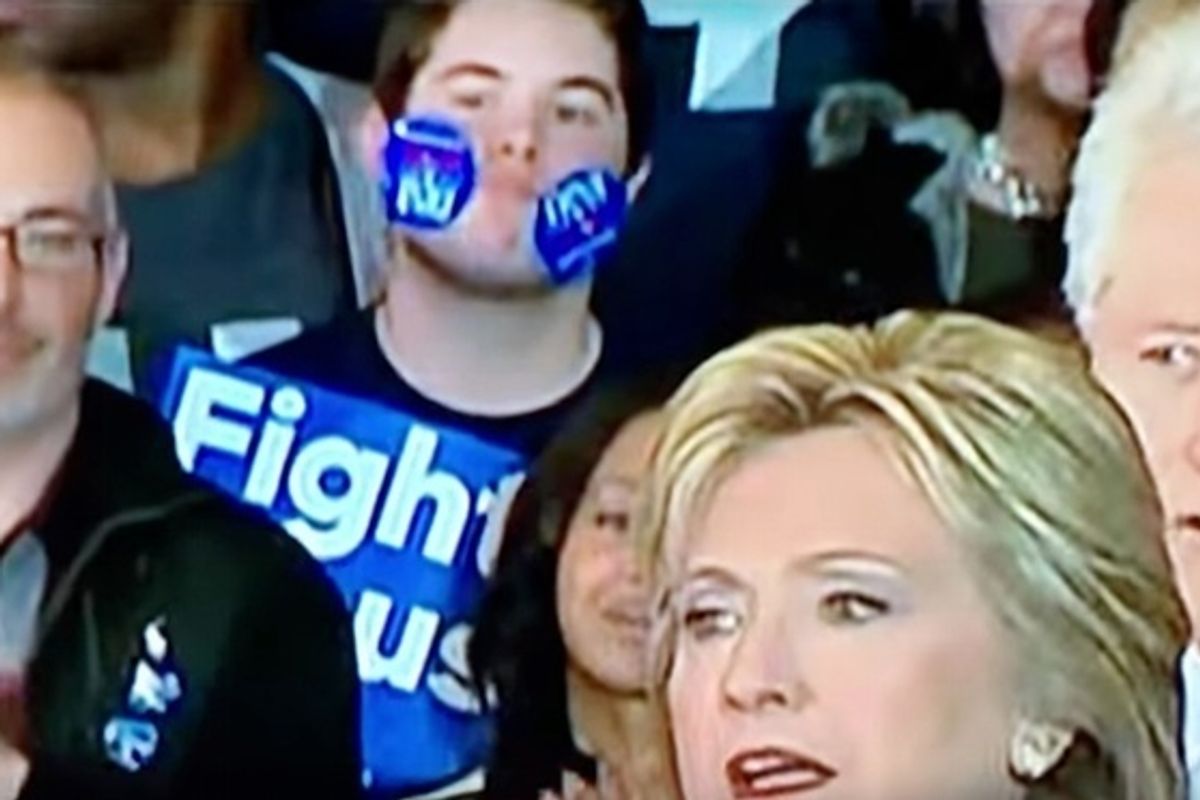 Last night, Hillary Clinton took to the podium to thank her supporters after pretty much tying with Bernie in the Iowa caucuses -- however, the Internet has determined that the real winner was none other than the boy supporter covered in stickers dancing behind Clinton as she gave her speech. That's right, 12 hours later and #Stickerkid is still proving to be a hot topic. Then again, how could he not with his array of wonderfully weird faces, gumptious jaw movements and victory dance steez? Watch a collection of his loopiest looks below.

Thank God I could rewind the speech so I could watch it over and over again 😂😂 #stickerkid pic.twitter.com/KICidNdF7p
— Jess (@jessbowman25) February 2, 2016