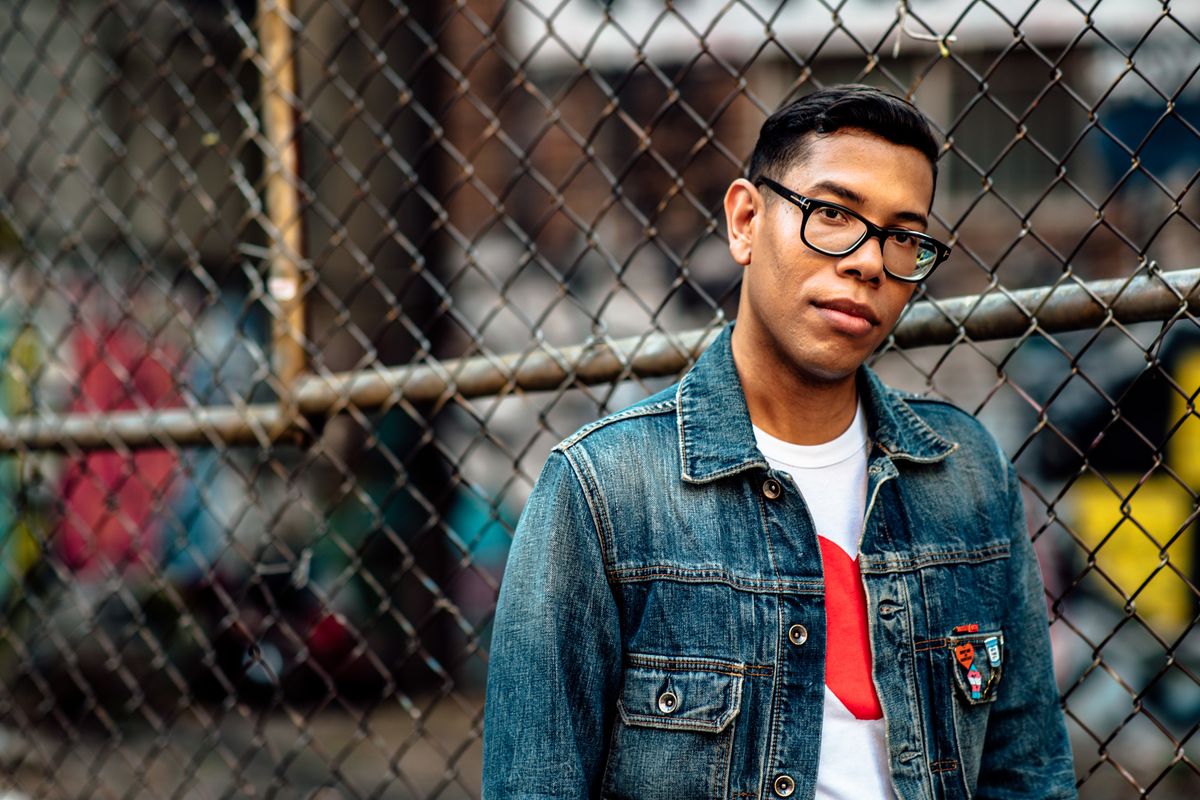 Here we are in 2019, just a year after Pose premiered in 2018 and the accolades have rolled in. A Peabody, a GLAAD Media award, an AFI award, two Golden Globes nominations, countless other honors, and splashy magazine covers for most of its cast have marked Pose as a critical darling and a fan favorite. The history-making TV drama and musical — the brainchild of Ryan Murphy, Brad Falchuk, and Steven Canals — chronicles the Black and Latinx ballroom community in New York in the late 1980s. Pose masterfully juxtaposes two worlds: Reagan-era, upwardly-mobile, white yuppie culture, and the QTPOC voguing scene, which while invisible to the masses was silently thriving and surviving in Harlem.

So how does it feel, knowing that so many straight, white TV executives, passed on Pose, a culture-shifting juggernaut centering QTPOC, with the largest trans actors cast ever on TV? Pose also made history with the multi-talented Janet Mock as the first trans woman of color to write and direct for TV. On an early weekday morning in May, Canals, the show's co-creator, co-executive producer, and writer, reflected on this question thoughtfully over the phone.

"I always feel very emotional," he said. "And I think that part of the reason for that is I'm still entrenched in this story and in the lives of these characters. At the moment, I have a hard time removing myself from it, because it's all still happening. I think the response to this question will be more nuanced, you know, five, ten years from now. When we're done with the run of the show, I can look back on it and reflect on it, and then give a really articulate answer. I'm just really humbled that for whatever reason I was chosen by the universe to be the conduit to tell this story. So when it comes to the executives who said no, I think it's just been a real lesson and a confirmation in trusting your gut."

It goes without saying that Pose is Canals' baby. A native Bronxite raised in a Puerto Rican family in the Castle Hill housing projects, Canals devoured film and television incessantly during his childhood. The thirty-something screenwriter acknowledged his queerness much later in life.

"What's fascinating is that my experience as an Afro-Latinx cis boy in the Bronx is one that I navigated while not being out," he said. "I often wonder what would the experience have been like for me, had I been out. Because the truth is, everyone else seemed to be aware of my identity before I was. The queer element of my identity was fraught with a lot of emotion. I know for me it was tough, you're talking about a period of time, in the eighties, with the HIV epidemic, the crack epidemic, I was growing up in housing projects, and there was no visibility in being queer and being trans. Being indoors and allowing myself to just be swept away by film and television, all was a salvation for me. Because film and TV became a passion, it was okay that I wasn't as interested in being outdoors. My mother, my grandmother, my aunts, I think that they all felt like, 'It's okay that he wants to be inside, because outside is so dangerous.'"

"My mother, my grandmother, my aunts, I think that they all felt like, 'It's okay that he wants to be inside, because outside is so dangerous.'"

In the mid-2000s, a college professor introduced Canals to the seminal Jennie Livingston doc, Paris is Burning, while studying cinema at Binghamton University. Watching the iconic film sparked TV ideas about the ballroom community back then, but filmmaking just seemed too daunting. After graduation, he got an MA in Student Affairs at the same institution and remained in a collegiate career, creating gender and sexual identity initiatives at Allegheny College while mentoring young students. Fast forward to 2014, and Canal enrolled in an MFA Screenwriting program at UCLA, where he churned out the first pilot for Pose. Canals continued chewing his teeth on writing projects, like the short film Afuera, about an undocumented trans sex worker, and Freeform's Dead of Summer.

"I think what was great about my partnership with Ryan is that he wasn't precious about the material," Canals said. "He was working to adapt Paris Is Burning, and it wasn't coming together, and then he and I met. He came in ultra-collaborative, but I also think he was hyper-aware that this isn't his story. There is a part of this narrative that isn't mine either. I grew up in New York City, I know what it feels like to be a queer Afro-Latinx person, so there's definitely overlap in my journey and the journey of these characters, and yet I wasn't a part of ballroom. I think Ryan bringing me on ensured that the voice of our queer Black and Brown characters would be authentic, in the same way that we knew bringing in Janet Mock and Our Lady J would also ensure that those trans voices were going to be authentic. Ryan to me is a really great example and a model for Hollywood in how to use your power and you privilege and your access in the right way, in a positive way."

The power of Pose is in its unmistakable authenticity, aided by the hiring of real life ballroom pioneers to consult, including Freddie Pendavis, Sol Pendavis, Jose Xtravaganza, and the late Hector Xtravaganza, who all appeared in Paris Is Burning. "There were great, particularly during our first season, they were our checks and balances," Canals said. "If you watch that first season, they were on the judging panel throughout every episode. They were very quick to tell us, 'That's not how that category happened', to help us add flavor, 'Here's what the reaction should be from the audience in that particular category.' I was able to cultivate a really beautiful relationship with Hector. The very first time I met him, he said to me, 'My name is Hector, I'm part of the House of Xtravaganza, but you can call me Grandfather.' And I grew up not really having grandparents, I didn't know my grandfather. Having him in my life was critically important."

"The very first time I met him, he said to me, 'My name is Hector, I'm part of the House of Xtravaganza, but you can call me Grandfather.'"

"We have Sylvia Rivera and Marsha P. Johnson to thank for being resilient. For being strong, for being subversive, for speaking up of the community," Canals said. "But the reality is that your modern-day LGBT movement was built on the backs of trans women of color. And so was the ballroom community, frankly. Ballroom community was built on the backs of Crystal Labeija, and some of the other trans women who were important were Pepper Labeija, Dorian Corey. When I think of Stonewall, that's the first place that I go. I think of all the Black trans and Latinx trans women who were living in New York at a time when there was no protection, at a time when there wasn't a resource center, and in many ways that experience mirrors the experience that they are having today."

Season 2 time jumps to 1990 in New York. Madonna's Vogue is everywhere, ballroom has gone mainstream, and the fire of ACT UP and AIDS activism is unapologetic and ferocious. "In terms of the narrative, we'll see Pray Tell continue to be an ally and use his voice for political good via joining ACT UP, so we'll see him become an active member of that group," Canals said. "This season, the other really important narrative is Blanca exploring the challenges of being a mother in a really large house. So how does she balance encouraging her kids to go off and live their dreams and their best lives, without losing her own identity in the process?"

Canals, along with Golden Globe-nominated Billy Porter and Our Lady J will also make their directorial debuts. "I think I'm going to approach directing in the same way that I've approached crafting this narrative, which is, in a very humble way, with a tons of gratitude, but also with a really critical lens. I want to make sure that we're telling a story that is real and authentic, and that it's reflective of the experience that our characters are having and are continuing to have. I think that's what the audience is responding to," he said.

Pose airs on FX at 10pm on Tuesdays.