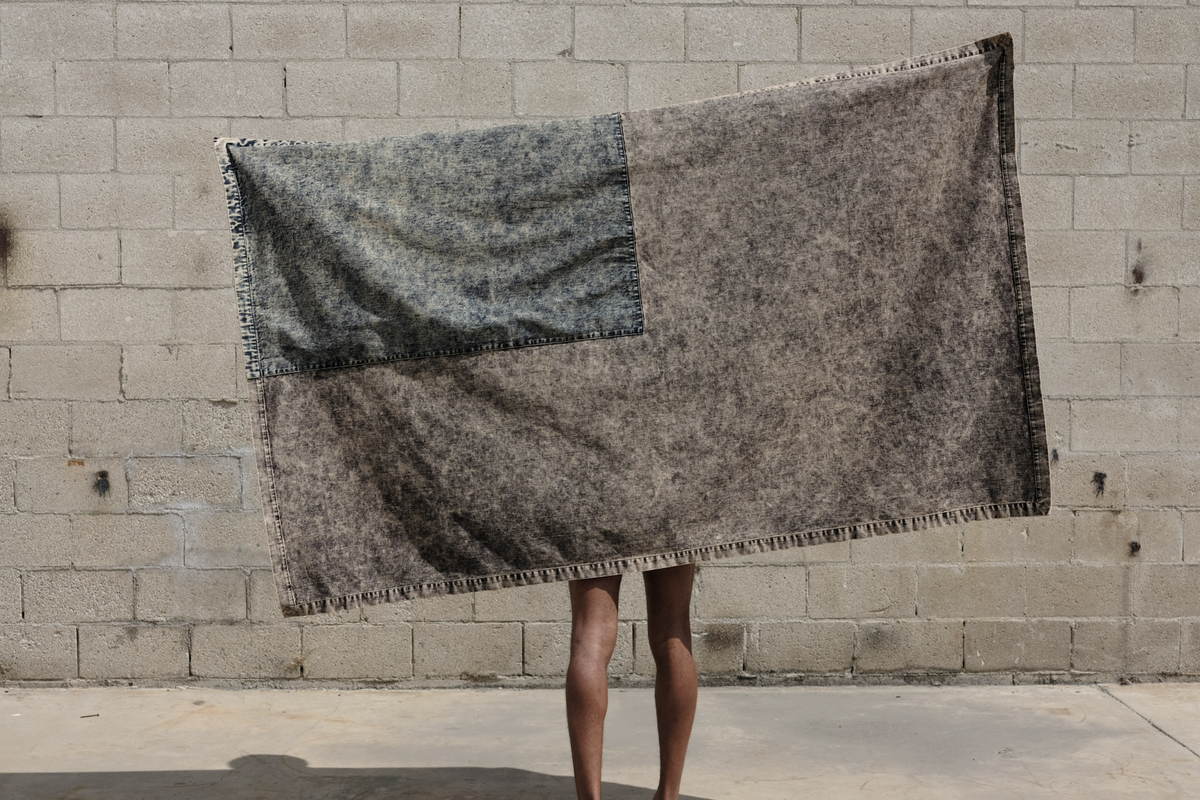 For his Paris Fashion Week debut, the American designer skipped the traditional runway show (and a full collection, for that matter) in favor of a two-minute film depicting a model shrouded in a single item: a mineral-wash piece of denim dubbed the "Veil Flag."

In the clip, two voices are overheard repeating lines such as "end the tyranny of the president grand dragon" and "marching against leaderless leadership," while the figure rises in slow motion and extends the flag out wide. According to Ruby, the project is a meditation on the American flag and how it can be transformed beyond a public symbol.

"Given the current political climate in the United States, I wanted to explore the concept of the flag as a signifier in flux and how our relationship to it may change when it is activated as a veil," he said in a statement. "The mantra-like narration emphasizes the state of mourning I see our country in and the importance of voting out the leaderless leadership of the Trump administration."

The flag is released in a limited run of 50 and is available for $650 on the brand's site. (It can be be hung on a wall or worn over the shoulder as a garment.) A portion of proceeds will go to the American Civil Liberties Union, Ruby's second time partnering with the organization a presentation of the his film STATE at Sprüth Magers last year.

You can watch the full film, below.