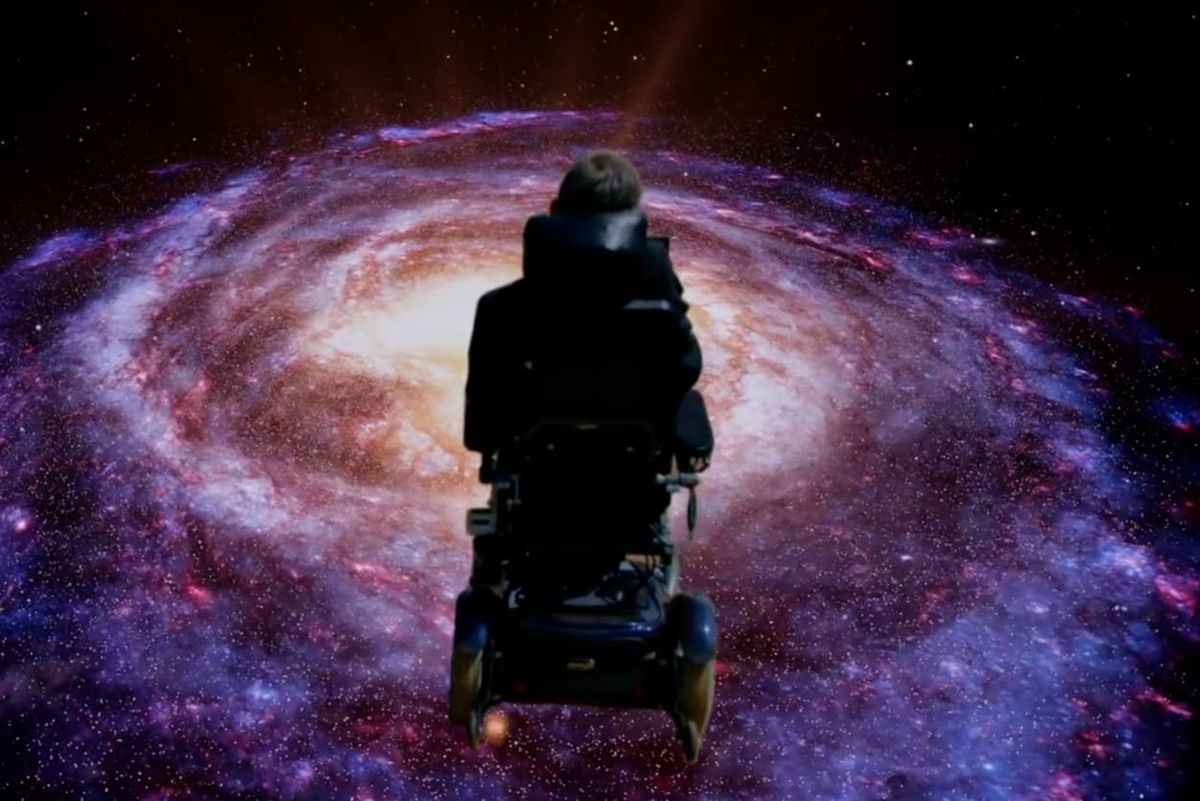 Visionary physicist Stephen Hawking died early this morning at 76 years old. The Cambridge University scientist was also a best-selling author who led us on journeys through the cosmos with books like the 1988 classic A Brief History of Time: From the Big Bang to Black Holes.

The 2014 film about his life, The Theory of Everything, was nominated for several Academy Awards, and Eddie Redmayne won the Oscar for best actor for portraying Hawking. "Not since Albert Einstein has a scientist so captured the public imagination and endeared himself to tens of millions of people around the world," Michio Kaku, a professor of theoretical physics at the City University of New York, told the New York Times.

As everyone from the scientific community to celebrities to the public at large sends out tributes online to the late great physicist, it shouldn't be forgotten that in addition to his intellectual achievements and unmatched ability to inspire, Hawking advocated for the LGBTQ community through his efforts to have British mathematician, logician and philosopher Alan Turing pardoned.

Turing, considered by many to be the father of theoretical computer science and artificial intelligence, famously played a pivotal role in cracking German codes during World War II, leading the Allies to defeat the Nazis and for the war to end sooner, saving an estimated 14 million lives. His life was ruined, however, when he was prosecuted in 1952 for (then illegal) homosexual acts and "gross indecency." Turing accepted chemical castration as punishment rather than jail time, an died just two years later from cyanide poisoning in a possible suicide.

In 2012, Hawking and 10 other scientists signed a letter to the Daily Telegraph urging former British Prime Minister David Cameron to "formally forgive" the mathematician. The letter described Turing as "one of the most brilliant mathematicians of the modern era" and acknowledges his "astonishing achievement" in breaking German code.

"Yet successive governments seem incapable of forgiving his conviction for the then crime of being a homosexual," the letter said. "We urge the prime minister to exercise his authority and formally forgive the iconic British hero." (In 2009 former PM Gordon Brown made a posthumous apology to Turing, but he was not officially pardoned).

The following year, in 2013, Turing was given an official royal pardon. Though Hawkings was not the only person in his field to campaign for the pardon, he was one of the most well-known. In 2017, the Alan Turing Law came into effect in the UK, which granted official pardons to thousands of other men convicted of offenses when homosexuality was illegal. The law extends to those who had died, expunging their past criminal records.

While Hawking wasn't solely responsible for the overturning of decades of cruel and homophobic convictions, his letter of support undoubtedly helped spur the movement along. His philosophy of compassion and empathy was an example for us all. As he once said, "It would not be much of a universe if it wasn't home to the people you love."