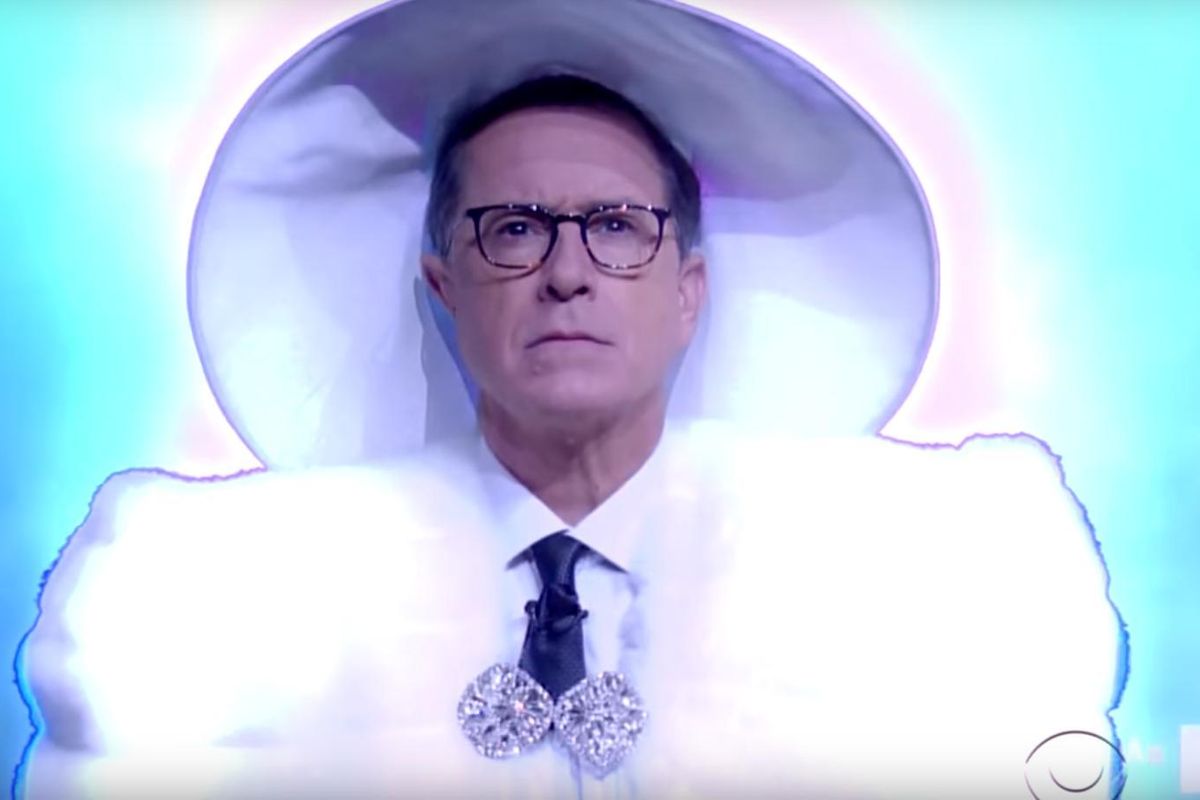 Stephen Colbert Does A Strange Parody Of Beyoncé's VMAs Performance

In response to Beyoncé's mindblowing performance of Lemonade at the VMAs, an album almost exclusivity dedicated to the power of black femininity, The Late Show's Stephen Colbert decided to spoof her moving, 15-minute medley via a strange faceswap parody last night.

As one part of the pantheon of late night hosts who are so eager to demonstrate their "allyship" -- to the point where they'll create videos highlighting the irony of "white man-splaining of the very album in question" (yet still forget to hire women and people of color) -- it's a little off-putting to see him treat her manifesto on black women with such a trite touch. Poke fun at the dramatics all you want, but once you step on Warsan Shire's poetry, you're treading on some dangerous territory.

See it for yourself below.