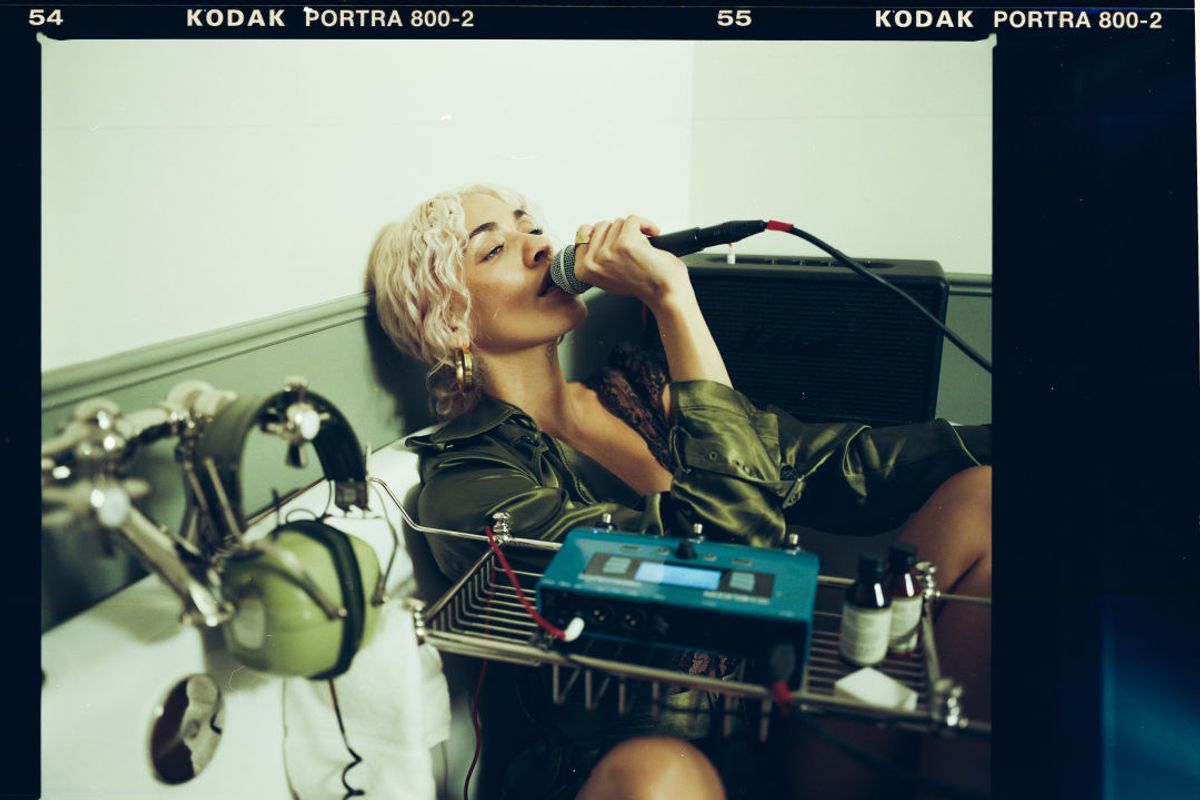 Ride the Subway With Stella Santana

Santana tells us that the glitchy song came together after she spent one too many NYC summers getting cat called on the street.

"Dudes really just don't learn, do they? I'm unimpressed by men and boys overall these days and conversely I continue to be impressed over and over by the women and girls I encounter on a regular basis and read about in the world," she says. "I've just found us to be so solid and tough. I'd rather hang with my girls 'cause their minds are steady. It's just the energy I need around me and have found to be most valuable."

Today "Steady" finally gets a video, shot entirely on nostalgic VHS and premiering on PAPER.

Filmed on the streets and in the subway, "Steady"'s video is "inspired by the energy of NYC" rather than afraid of it: "I wanted to highlight some of my girls who are killing it everyday — who I know have to walk past one hundred construction sites and deal with the cat calls from men who can't recognize how powerful and special these ladies are. They just see objects and it's pathetic to me. There's no excuse for that behavior anymore."

Watch the video for "Steady" by Stella Santana, below.