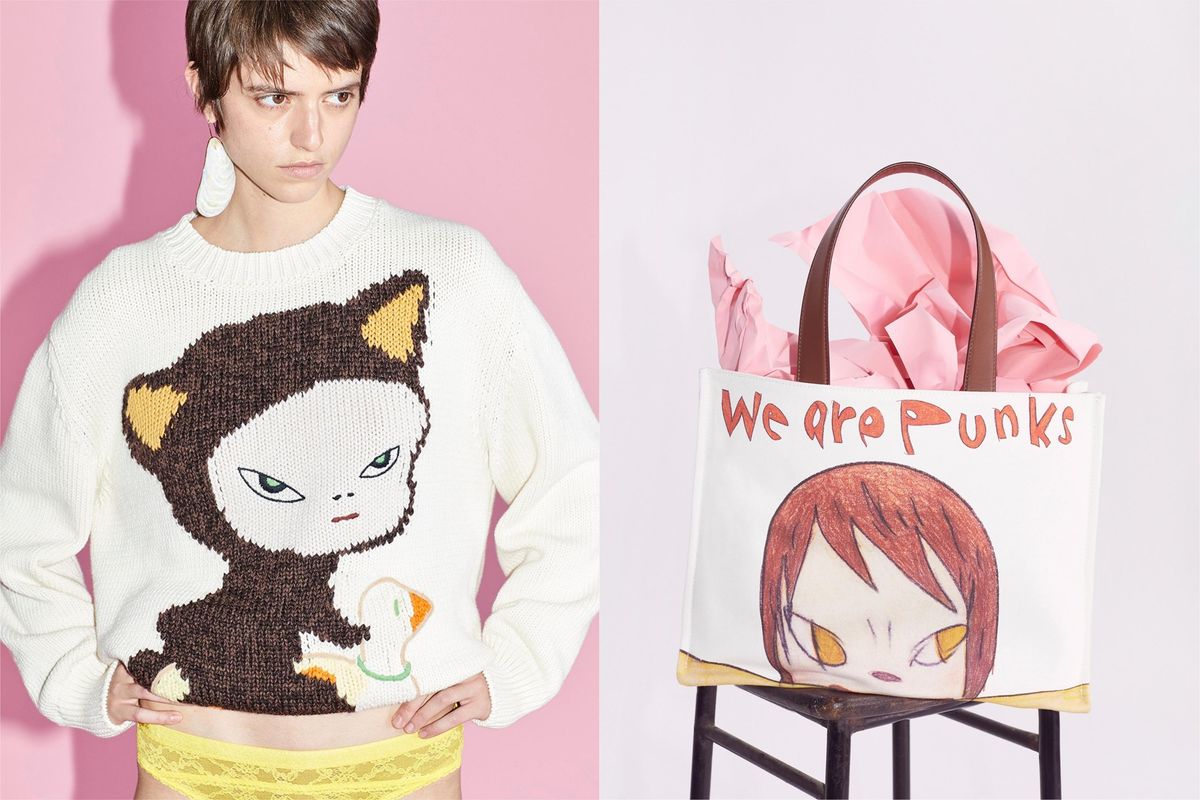 Since the early 2000s, fashion's fixation with Japanese artists has largely revolved around one main figure in Takashi Murakami, whose incredibly successful collaborations with the likes of Louis Vuitton and Supreme remain some of the most influential fashion-art crossovers of all time.

But now, one of Murakami's contemporaries is embarking on a fashion collaboration of his own for the very first time. Yoshitomo Nara, who rose to the forefront of Japan's Pop Art movement in the '90s, is teaming up with British designer Stella McCartney on a capsule collection depicting some of his signature cartoon-ish artworks.

Nara is best known for his drawings of animalistic and childlike figures with wide, expressive eyes that upon first glance appear sweet and innocent but oftentimes contain sinister and menacing undertones. Though his paintings have been exhibited all over the world for the past three decades, it's only in the past two years that his work has been sold for record-high prices at auction, including a $24.9 million sale of Knife Behind Back (a painting of an angry little girl holding something behind her) at Sotheby's Hong Kong in 2019.

Partly fueled by a demand from younger art collectors, Nara's recent interest is also extending stateside, with an upcoming solo exhibition at the Los Angeles County Museum of Art (his largest US show to-date) set to bow once the museum opens its doors again.

As for his fashion link-up with McCartney, which is part of her Spring 2021 "Shared" unisex collection (a genderless capsule she first introduced last year), Nara is lending his cheeky manga-style imagery and punk-rock influences to a selection of collectible ready-to-wear and accessories. These include pieces with slogans like "We Are Punks," "Change The History" and "Don't Waste Another Day."

"Today's youth are naturally open-minded and fluid with gender," McCartney said in a statement. "Their punk attitude towards the status quo directly inspired my collaboration with living legend Yoshitomo Nara. Much like his artwork, this generation is using self-expression to affect social change."