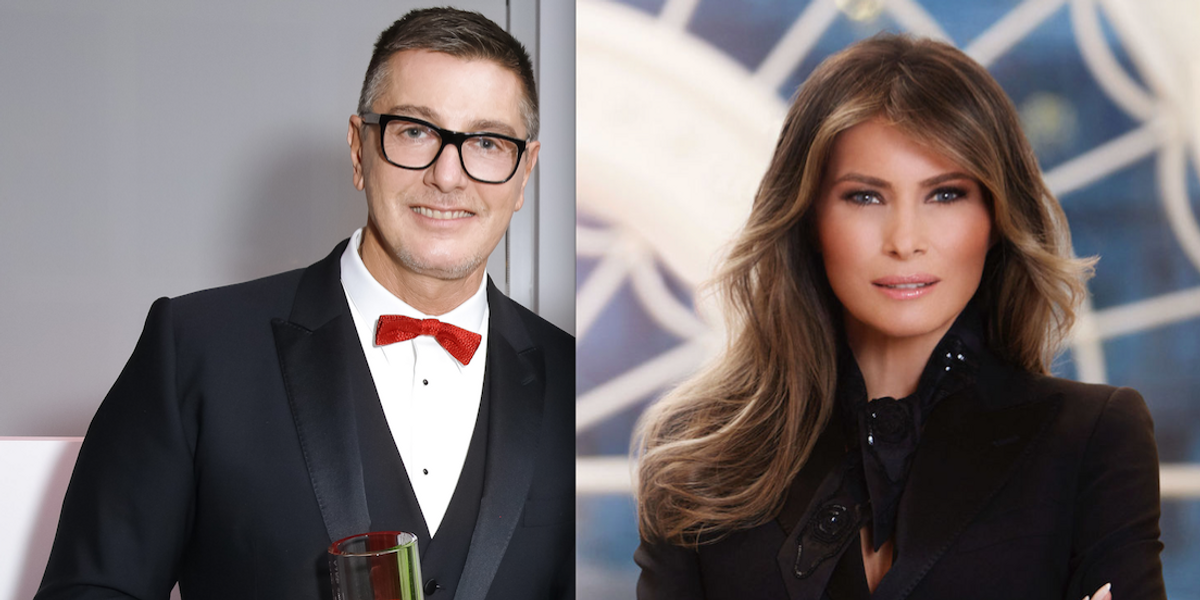 There was a moment at the beginning of the week when the only thing anyone was talking about was Melania Trump's completely bizarre first official portrait for the White House. We at PAPER Mag wondered "What is Going Through Melania Trump's Mind?" while others on social media were quick to point out how much the overly airbrushed glamour shot was reminiscent of the Meitu app.

But while the rest of the world was critiquing the First Lady for her unconventional approach to presidential professionalism, Stefano Gabanna, one half of the Italian mega-brand Dolce & Gabbana, was busy celebrating Ms. Trump's decision to wear a blazer from his label — one of the First Lady's favorite. He posted the instantly meme-able portrait to his Instagram account with the caption, "#DGWoman BEAUTIFUL ❤❤❤❤❤ #melaniatrump Thank you 🇺🇸❤❤❤ #madeinitaly🇮🇹"

@stefanogabbana on Instagram: “#DGWoman BEAUTIFUL ❤❤❤❤❤ #melaniatrump Thank you 🇺🇸❤❤❤ #madeinitaly🇮🇹 Thanks to all those who appreciate our work ❤”

It's important to note that this is not Mr. Gabbana's first time saying something controversial. Back in January, he rang in the New Year by celebrating the fact that Melania wore a Dolce & Gabbana dress to her husband's New Year's Eve extravaganza in Mar-a-Lago. Back in 2015, the designer also told an Italian magazine, Panorama, that he was against same-sex parenting of children, claiming that "family isn't a fleeting trend" and "life has a natural trajectory, there are things that should not be altered."

I guess the Dolce & Gabbana boycott is back on? Where's Elton John?