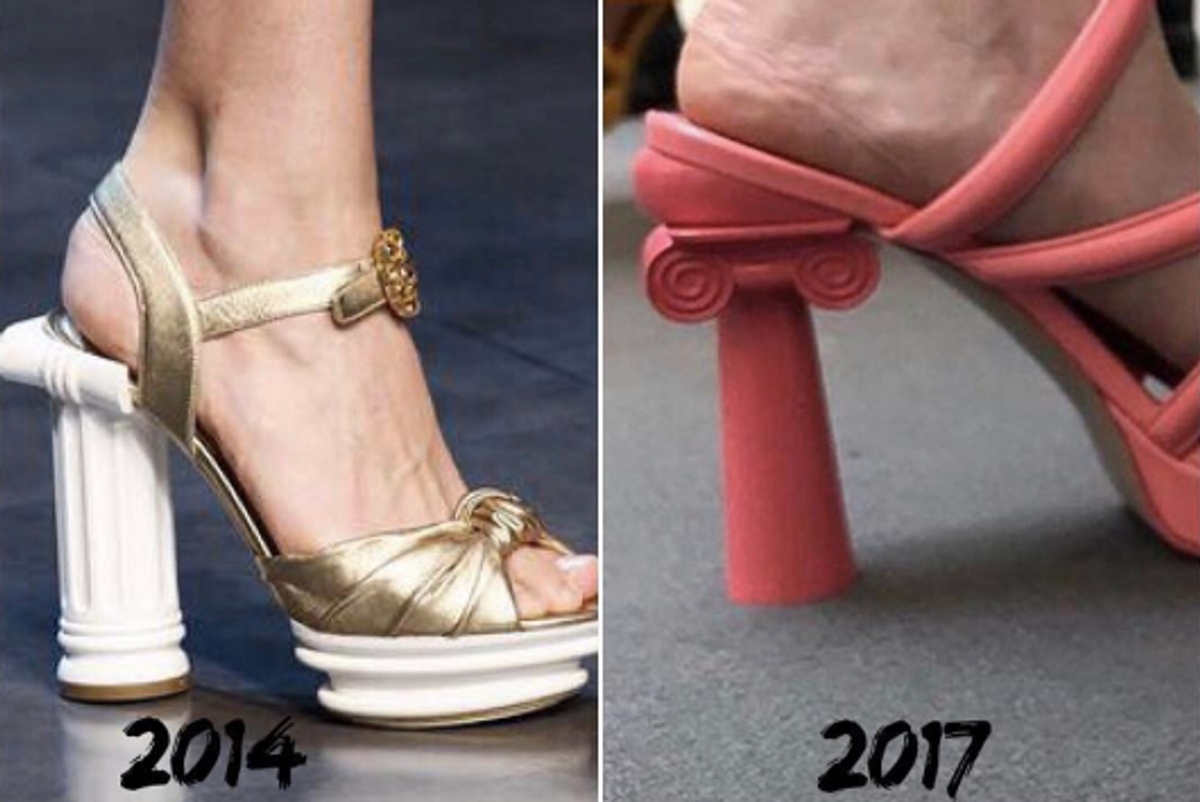 UPDATE: Chanel Responds to Stefano Gabbana Calling These Shoes a Copycat On Instagram

A representative from Chanel has reached out with an official statement regarding the similarity of the column heels, which you can read below:

"Although these two shoe models share a common feature -- the column heel -- the design and aesthetics of the column, in addition to the design of the shoe as a whole, are significantly different. This indicates that Greece nourishes and will continue to inspire artists, creative designers, writers and philosophers throughout the world, thanks to its exceptional culture."

Stefano Gabbana took the time to not-so-subtly call out Chanel for copying his pillar-heel shoe design, reposting a side-by-side image originally posted by a fan.

"It's just a repost," he captioned it. Suuure.

The designer also took the time to apologize for copying a Vivienne Westwood design by making a "SEX" choker nearly identical to hers.