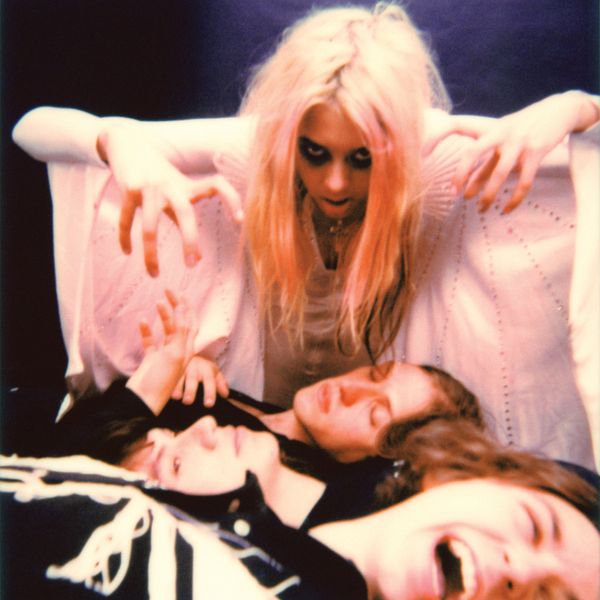 Somewhere at the intersection of '70s-style glam rock and punk sits Starcrawler, a young LA band that's quickly making a name for themselves with their grungy sun-soaked odes to their home city and their in-your-face live shows, during which their frontwoman, Arrow de Wilde, has been known to wear a straightjacket and spit fake blood on the crowd. De Wilde says she models her onstage persona after her longtime musical hero Ozzy Osbourne, whose life story she knows so intimately that she once wrote a biography of the Black Sabbath frontman for a class assignment ten minutes before she needed to hand it in. "But hey, I got a B on it!" she says.

The band first formed after de Wilde met lead guitarist Henri Cash in high school, which, given that they're now 19 and 18, respectively, wasn't terribly long ago. Cash was holding a tuba in the hallway, and de Wilde approached him to ask if he played the guitar, too. He did. They enlisted the help of bassist Tim Franco, 21, and drummer Austin Smith, 23, who they connected with on Facebook to form Starcrawler in 2015. "We envisioned Starcrawler as being a professional thing from the start," Cash says. "We never really played any high school shows; we just worked really hard to get where we are."

The band got early support from the likes of Elton John on his Beats 1 Radio show; My Chemical Romance frontman Gerard Way, who shouted them out on Instagram; and Ryan Adams, who helped them record their self-titled debut album, released on Rough Trade Records this past January, at his Pax-Am studio in Hollywood. "We learned so much from him about music," Cash says about working with Adams. "Simplicity is best."

Along with taking inspiration or advice from music legends like the names mentioned above, the band is also influenced by their creative upbringings in LA. De Wilde grew up surrounded by musicians and artists (her mom is acclaimed music photographer Autumn de Wilde, and her dad, Aaron Sperske, is a drummer who has played for acts like Beachwood Sparks, Ariel Pink, Father John Misty and Tobias Jesso Jr.), and her bandmates were similarly raised by parents working in creative industries like fashion and music. As to what the future holds for Starcrawler, "We're just going to try to make the best music we can," Cash says. Ultimately, as he puts it, the band is focused on "making sure we look good, sound good and smell good."