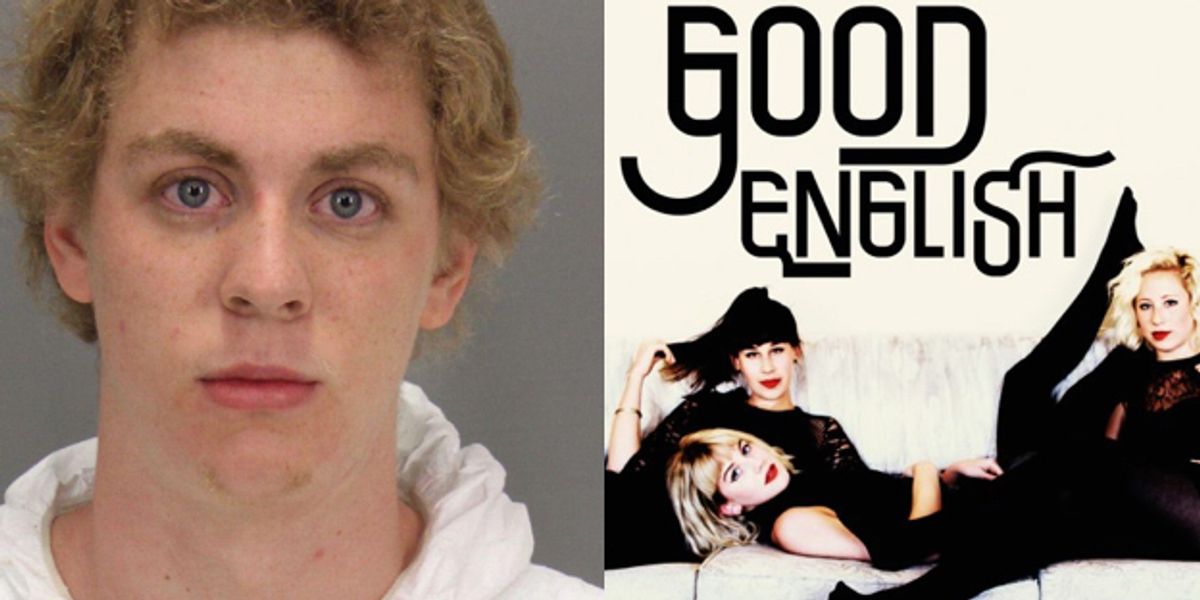 A letter of support for convicted sex felon Brock Allen Turner, by his childhood friend Leslie Rasmussen, made the internet rounds yesterday.

Rasmussen addressed the statement to Judge Aaron Persky, who presided over the trial, and gave Brock a 6-month county jail sentence rather than the maximum 14 years, concerned that prison would have a "severe impact on Turner."

I don't think it's fair to base the fate of the next ten + years of his life on the decision of a girl who doesn't remember anything but the amount she drank to press charges against him. I am not blaming her directly for this, because that isn't right. But where do we draw the line and stop worrying about being politically correct every second of the day and see that rape on campuses isn't always because people are rapists.

Not to outdo herself, Rasmussen added:

This is completely different from a woman getting kidnapped and raped as she is walking to her car in a parking lot. That is a rapist. These are not rapists. These are idiot boys and girls having too much to drink and not being aware of their surroundings and having clouded judgement.

Obviously, this has not sat well with...all of rational society.

Leslie's complete disregard for not only the facts, but the trauma Brock inflicted on his female victim, after he was founding brutally raping her behind a dumpster on Stanford University, is downright horrifying.

Here's another one of Brock Turner's mugshots

It seems the powers that be Brooklyn's Northside Festival (which runs from June 6-June 12_ shares that horror; after realizing Leslie's band, Good English (which she drums for), was set to perform 2 shows, Northside dropped them from the lineup.

As did Industry City Distillery, where Good English was set to play a separate show...

@charmingfoxes Good English is not playing our show, removed yesterday from lineup, zero tolerance for the act or the justifying of the act
— ICD (@drinkicd) June 7, 2016