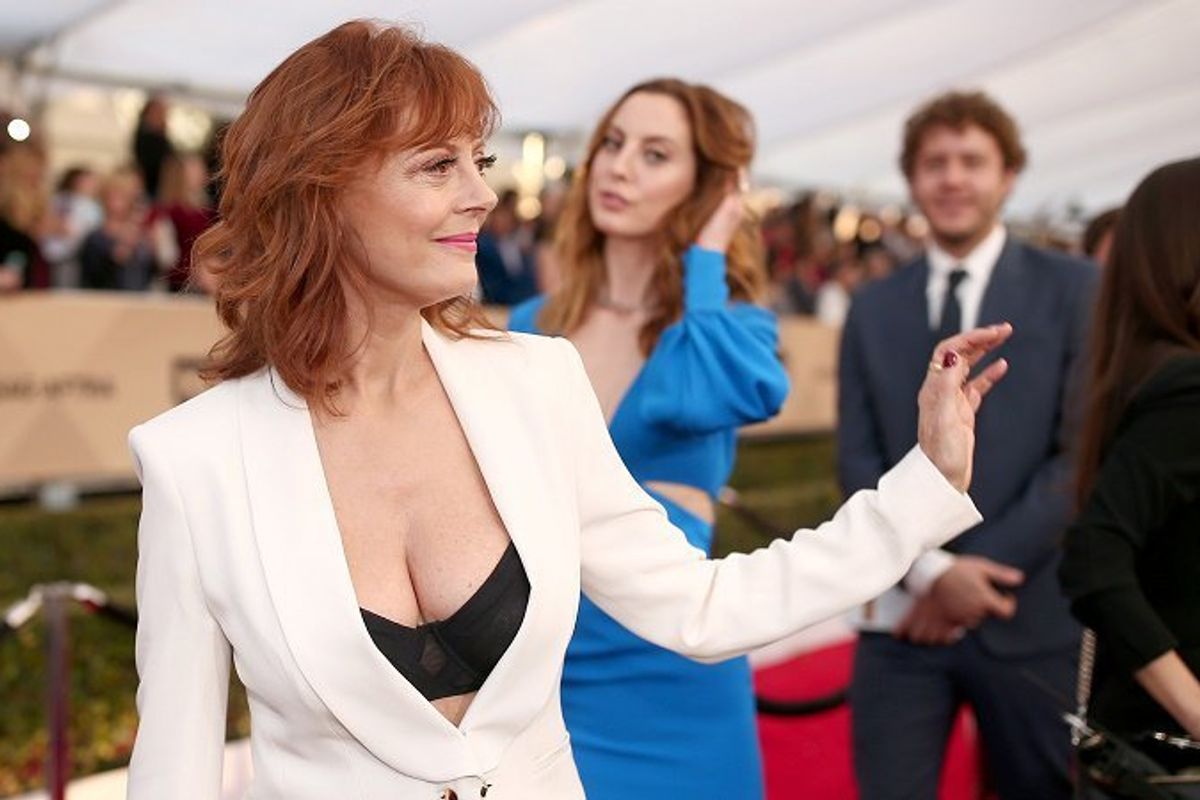 I think we can all agree that Susan Sarandon fucking killed her SAG Awards outfit -- that incredible power suit + black bra combo that screamed bad bitch vibes from here to the Planet Provocateur.

All of us except for Piers Morgan that is, who decided it was totally " tacky" for Sarandon to "flaunt" her "breasts on TV for publicity" while presenting a tribute to her late friend/former lover David Bowie. Cause men policing what women wear is always a great conversation to get yourself embroiled in.

No, what's tacky is deliberately flaunting your breasts on TV for publicity, during a tribute to dead stars. https://t.co/07y6HxFuw0
— Piers Morgan (@piersmorgan) February 3, 2016

I fully support the empowerment of all women.
Just don't think that should be an excuse for disrespecting the dead. https://t.co/h6dmnnKMe4
— Piers Morgan (@piersmorgan) February 4, 2016

Thankfully, Sarandon had the perfect reply to it all yesterday -- a response that also led a ton of other Twitter users (men and women alike) to send her their own cleavage shots in a show of solidarity.

Morgan, however, just can't let it go, seeing as how he's also been RTing them, presumably in an attempt to demonstrate contemporary feminism's "hypocrisy". You know, since women taking ownership and being proud of their own bodies is completely anti-feminist.

After all, isn't it fun when men make a woman's self-affirming actions all about himself?

Won't be long before feminazis start attacking me as 'sexist' for retweeting the cleavage tweets their fellow feminists are sending me....
— Piers Morgan (@piersmorgan) February 5, 2016