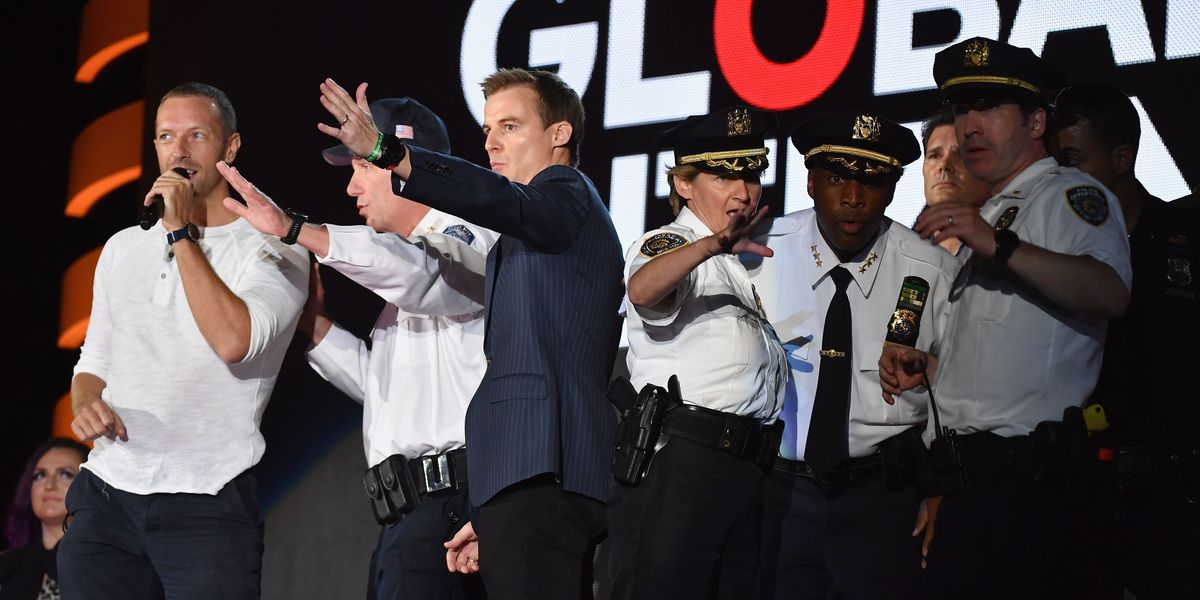 On Saturday, at the Global Citizen Festival at New York City's Central Park, a barrier collapse caused mass panic and confusion as members of the audience mistook the sound for gunshots. The Weeknd's performance was cut short, and an unspecified number of the 60,000 attendees incurred injuries as people sprinted to the exits.

Coldplay's Chris Martin, who was also curator for this year's festival, reassured and calmed the fans along with NYPD Assistant Chief Kathleen O'Reilly. They explained the situation, saying there were no shots fired and that, "Nobody is trying to hurt anybody. You're all safe." The night continued with a performance from Janet Jackson.

WATCH: Chris Martin and NYPD Assistant Chief Kathleen O'Reilly explain that a fence barrier collapsed at #GlobalCitizen Festival; there were no shots fired: "You're all safe." pic.twitter.com/wiAbyMVjqh

At the end of the night, the organizers issued an official statement, sending love to those injured, and thanking first-responders who helped keep the situation under control.

Thank you to all the Global Citizens who took action and joined us today. Our thoughts are with those who were injured or afraid after the barrier fell earlier this evening. We're grateful for the first responders who ensured everyone's safety and enabled the festival to go on. pic.twitter.com/K03VEpP8FJ