Young playwright Noah Haidle, who just turned 27, is making a name for himself in theater circles. His Princess Marjorie premiered at South Coast Repertory earlier this year, while Rag and Bone was recently done at the Long Wharf Theatre. And now his surreal comedy, Mr. Marmalade, lands off-Broadway this month, with Rent's Michael Greif directing and America's favorite undertaker, Michael C. Hall (of Six Feet Under fame) in the title role. "It's about a 4 year-old girl and her imaginary friends, who are neglectful of her; they become abusive and have drug problems," explains Haidle, adding, "There's also a 5 year-old boy and he has imaginary friends too, only they are plants; one is a cactus and the other is a sunflower."

The Ruby Sunrise is the first Public Theater play to be staged by its new artistic director Oskar Eustis. Written by Rinne Groff, one of downtown's most appreciated playwright/performers (she is also a founding member of the vital experimental theater group Elevator Repair Service), the two-act play is set in two very different locales. Act one takes place in an Indiana barn in 1927, as a young girl (nicknamed "Ruby Sunrise") is figuring out how to make the first all-electrical television system. "My story is inspired by the true story of Philo T. Farnsworth, the actual inventor of the TV, who was a Mormon and Utah farm boy," says Groff. "There's something old-fashioned about the play," she continues, "because there's story-telling, but then it cracks open." The second act moves to a 1950s television studio in Manhattan, during "the golden age" of TV, as a group of television executives grapple with how to tell Ruby's story. More generally, according to Groff, "the play is about how TV is used, the medium, how it tells stories and what kind of stories get told."

The delightfully heretical playwright Christopher Durang has been making audiences laugh, and shaking up their world-views ever since his 1979 Sister Mary Ignatius Explains It All For You. His latest, Miss Witherspoon, deals with the afterlife. Directed by Emily Mann, the cast of five is led by the sublime, two-time Obie winner, Kristine Nielsen, who plays Veronica, a dead woman who had no time for religion when she was alive, and doesn't much care for "the netherworld" either.

Veronica has a female Hindu spirit guide, Maryamma (played by Mahira Kakkan), who leads her through her various incarnations. Throughout the play, Veronica's soul inhabits various bodies. "One of them is a baby," says Nielsen, "which is rather hilarious, once you come to know Veronica. She's one of the people who sees the world as if the glass is half-empty -- she takes a darker, more dour view of the world." Veronica is unattached romantically during play, but when she was "alive," she was married to the suave British actor Rex Harrison, and as Nielsen explains, "He seems to follow her in her different incarnations." Nielsen, who has acted in other Durang plays, and won an Obie for her wonderful turn in Betty's Summer Vacation, says, of Miss Witherspoon: "It's very funny, but there's a deep questioning of faith in it too."

The New Group has had great success producing British playwright (and Oscar nominated screenwriter/director) Mike Leigh's plays on this side of the Atlantic. Their fourth collaboration is Abigail's Party, directed by the superb Scott Elliott and stars Jennifer Jason Leigh. According to Elliott, "This is a different kind of class play, it's about the nouveau riche." He goes on, "It's about what greed causes, how you get a little bit of money and success, and how that can take over and change your personality: It creates monsters." The play is set in 1977 in an English suburb, "where," Elliott comments, "the grass is always greener and relationships get destroyed because of it." Elliott also notes of the period, "That was when feminism was really going strong, when men had a hard time dealing with the fact that women had opinions."

The play takes place during a cocktail party thrown by Jennifer Jason Leigh's character, Beverly, and her husband, Laurence, for a few neighbors, a young married couple and a divorced single mom who lives next door. "The play is what happens when they start getting drunk," Elliott says, "their veneers disintegrate and the ugly truth seeps out." We never actually meet the character in the title, Abigail -- she's the daughter of the divorced mom, and she's throwing her own party, right next door at the same time. Says Elliot, "She's 15 and she's caught up in the beginnings of punk." I wonder which party has the loudest music....

This month, Sightlines Theater Company crosses the border and honors George F. Walker, who is often cited as Canada's most produced playwright. With over 26 plays published during his long career, Sightlines celebrates his award winning East End Plays by staging three full-length plays in addition to three readings. In the stylishly titled Criminals in Love, the two main characters are Gail and Junior. Explains director Eileen Phelan, "Junior is trying to escape his fate, as determined by his relations. His criminal father, Henry, who is in prison, tells Junior it's 'in the blood, you have no other options'." Just wanting to lead a simple life with his girlfriend Gail, Junior turns to the neighborhood bum, William, for some philosophical guidance. "But everything changes," Phelan says, "when Junior's aunt Wineva, who has aspirations to be a Che Guevara-like revolutionary, enters the scene." The simple life does not come easy in Walker's plays. "He taps into our need for a sense of justification in a chaotic, absurd and totally random universe," says Phelan. "In Criminals," he explains, "Walker lays out the difficulty these two young lovers have in simply doing the right thing. The characters face tremendous obstacles, but they slog on anyway. Their tenacity is both touching and darkly comic -- it's never sentimental." 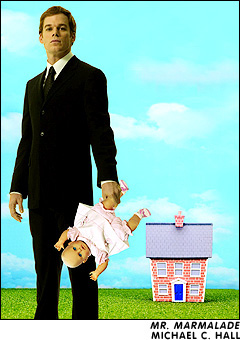 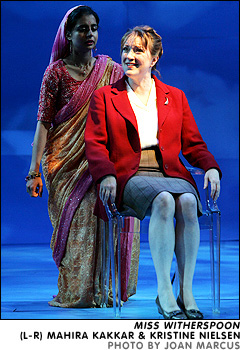