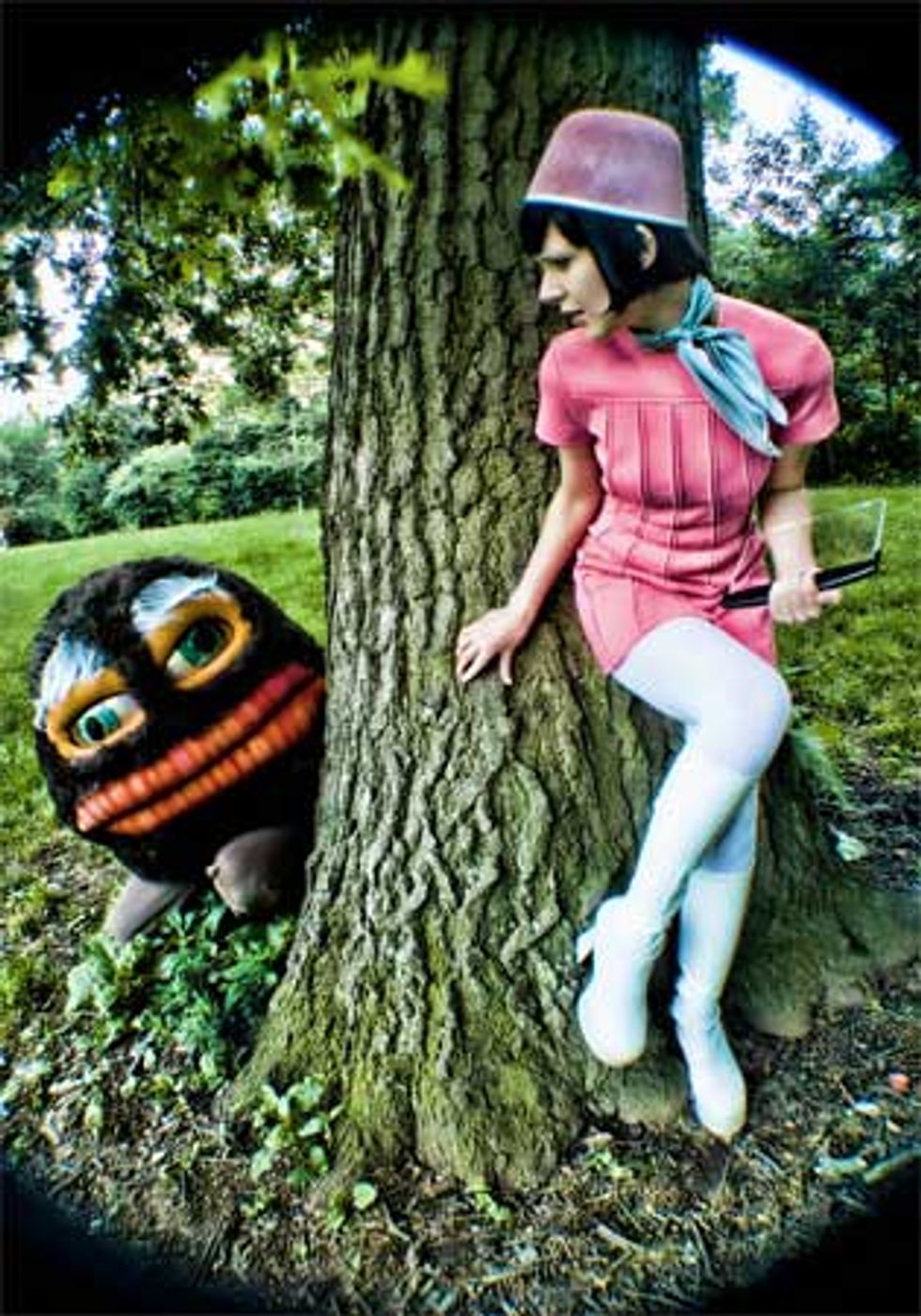 Jason Schuler’s Operating Theater is one of the most consistently imaginative and audience-rewarding troupes around. Their shows are always “out there”; fun, original and well-done. In this new one, The Garden of Forked Tongues, a mixed-media science comedy adventure, the audience is asked to observe a tour group from another dimension. And just to make sure the audience will be able to follow what’s happening, a certified hypno-therapist will put the audience in the right frame of mind as the show starts. I spoke with the always charming writer/performer/director, who is sometimes referred to as “Doctor Schuler."

Hi Jason. How did the idea for this come about?
I was interested in the idea of tourism in the future, because there is a physicist now who is building a time machine, and a large part of the scientific community believes that his theories about time travel are possible. So this is a comedy, supposing what might happen if someone were to accidentally join a tour group in the future. And since we can’t actually travel through time, we’ve invited a certified hypno-therapist to assist the audience into a heightened state of reality.

So what’s going to happen with the hypnotist?
At the beginning of the show, she will guide people through a visualization, and when the play begins, the audience will be able to focus on subtle messages within the performance.

So the hypnotist will put the audience in the mood to best receive the play?
I prefer to not call it a play, because it’s more of an experiment. The audience will be able to see there are visual images that are more striking in this state of mind, more engaging. There’s a point at which one audience member is invited to put on a pair of 5-D glasses.

5-D?
It’s like 3-D, except you can see all possible futures at one time. And that person, looking at the performance and other members of the audience, will be able to see all possible outcomes.

What is your purpose in putting on this experiment?
I’d like people to walk away with a feeling -– from the hypnotic –- to be able to see things; from another perspective –- the story –- to be able to test their hypotheses. Also, the show is about paradox. So it’s filled with double entendres and double meanings.

Is there any possible negative aspects that might result from the hypnosis? Am I going to stand up and do the hula in front of a bunch of strangers?
For this experiment, except for the one person wearing the 5-D glasses, we don’t ask anyone to do anything in the show. It’s all about being able to sit and watch the show in this state. I don’t want people to think they’re going to be hypnotized like in a night club act and become part of the show.

Will there be different activities each night? I see you have a cast of seven.
Certain aspects of the experiment will be different each night. Some favorite characters will re-appear. Mr. Harry Meatball, for example. He is playing a character named Boulette.

Isn’t that French for “meatball”?
I believe it is.