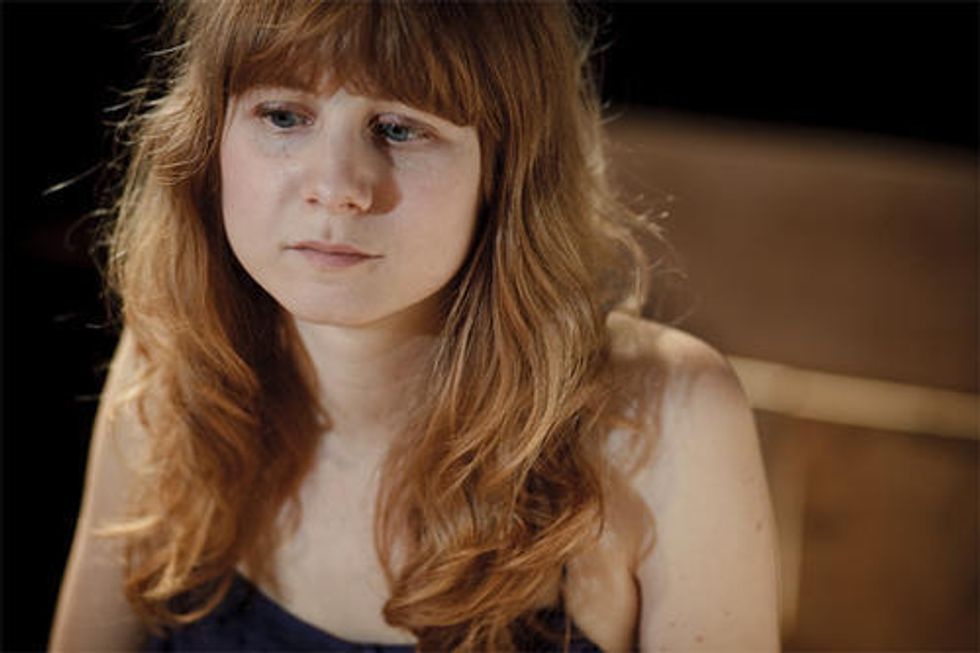 Playwright Annie Baker wrote the surprising off-off-Broadway big hit of fall 2009, Circle Mirror Transformation, about a group of acting students and the theater games they played. This is her next-produced play, a three-hander, directed by Sam Gold, who also staged Circle Mirror Transformation. Baker comes from the Mac Wellman MFA playwrighting class at Brooklyn College, and is one more graduate of mentor/playwright Wellman's program, which has given us some of today's finest young theater writers, like Erin Courtney, Sibyl Kempson, and Thomas Bradshaw, to name a few. I spoke with Baker about her new play The Aliens.

Tom Murrin: How would you describe your new play?

Annie Baker:  It's about two young men, who are sitting on the back patio of a coffee shop in Vermont.  It's a staff-only area, which the two young male townies have taken over, and the play is what happens when they encounter a young, lonely high school student who works at the coffee shop.

TM:  How old are these characters?

TM: I understand Charles Bukowski comes up.  How does he fit in?

AB:  One of the townies, called Jasper, is a big Bukowski fan. He's an aspiring novelist. The other townie's name is K.J. He's a University of Vermont drop-out who lives with his mother.  He drinks a lot of 'shroom tea.

TM:  I'm not familiar with that way of taking 'shrooms.

AB:  Where I grew up, people put 'shrooms in a tea bag; you boil some water, put the bag in a tea cup, pour in the water, carry it around in the tea cup, take sips and chill out.

TM:  What about the high school kid?

AB:  His name is Evan. The other two guys pester him as he 's working. He encounters them when he's taking out the trash on his shift.

TM:  Does it all happen in one scene?

AB:  The play takes place over a period of weeks, but all on one set. I was interested in putting it somewhere the audience is not supposed to see. It's sort of a trash area, a closed space where we're not supposed to be.

AB:  There is music in the play. Jasper and K.J. occasionally start singing, without a guitar.  They just start singing. It's not a musical.

TM:  How did that effect come about?

AB:  Where I grew up, people would do that. People would be talking to you about things and they would take up the guitar and just start singing.  I found that amusing.

TM:  Where did you grow up, Annie?

AB:  It's a pretty short two-acts, with an intermission.

TM:  Is there anything else you'd like to tell me?

AB:  One thing I was interested in exploring is this idea of boredom, and boredom as an activity on stage.

TM:  (Laugh.) Most playwrights wouldn't be saying that.

AB:  (Laugh.) That's something which was interesting to me in general, and I was specifically exploring it in this play.

AB:  "The Aliens" is a title of a Bukowski poem. His poetry is about a lot of his pain, about feeling angry and alienated. 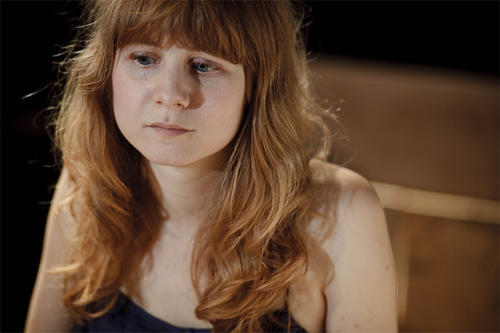 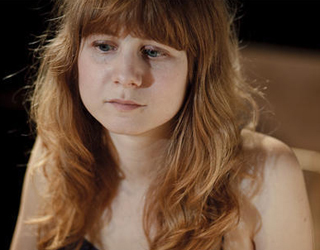