Jollyship the Whiz-Bang is a pirate-puppet-rock odyssey about a drunk captain, a treacherous sea and a potential mutiny. Created by Nick Jones with Raja Azar, and directed by Sam Gold, JTWB developed an enthusiastic fan base when earlier segments were workshopped at The Bowery Poetry Club. Now the troupe of musicians, singers and puppet handlers is getting a well-deserved full-on production with a seven week run at the classy, comfortable uptown Ars Nova Theater. I spoke with Nick Jones, playwright, director and puppet designer, who also voices the tortured Captain Clamp.

Tom Murrin: Why are things so difficult for Captain Clamp?
Nick Jones: Heâs tortured by the ghost of his cabin boy, who he loved and murdered in a drunken blackout. The first part of the story is sort of him trying to find out what happened to the cabin boy, but then he discovers it was he who killed the boy. He continues to drink heavily and put the lives of the crew in danger.

TM: It sounds serious.
NJ: The first half is on the sea. The second half is in Mexico where the captain becomes a born-again Christian and tries to start a new life, while keeping intact all the bad, insane murderous habits that served him so well as a pirate.

TM: Who are some of the other characters?
NJ: Thereâs a sub-plot about a Crab Prince, who has read pirate romance novels and wants to better himself. Heâs a crewman on the ship. He reads religious text to the captain and they bond, and they both become born-again Christians.

TM: Who else?
NJ: Well, thereâs the Bosun, on the ship; he keeps people in line. Thereâs Elford, a wizened old mariner whoâs part of the crew, and thereâs Francois, in the crowâs nest -- until he meets his demise in a dramatic storm scene. And there are many seagulls, a foreboding image to torment the captain. In the jungle, thereâs a savage maiden named Clo, and several animals that are part of the captain and the crabâs congregation: a raccoon, a squirrel.

TM: And thereâs a rock band?
NJ: Yes. When we first did the show, the band wasnât integrated into the show, like it would be in a musical. But weâre trying to do more of that, to make them characters and have the music serve the story at all times.

TM: Even though there are puppets, Iâm getting the idea that this is not a childrenâs show.
NJ: In no way is this a childrenâs show. But I am happy to see that in the set we are building there is a certain Peeweeâs Playhouse feel to it. Itâs like we are all living in this crazy colorful environment, but the things that happen are actually pretty dark.

TM: It must be a joy to be able to build a set that can remain up, and know you are going to be in the same place for a long run.
NJ: Yes. And we can have rehearsals. I hear thatâs a good thing. 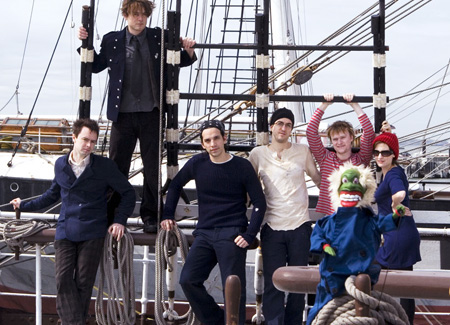 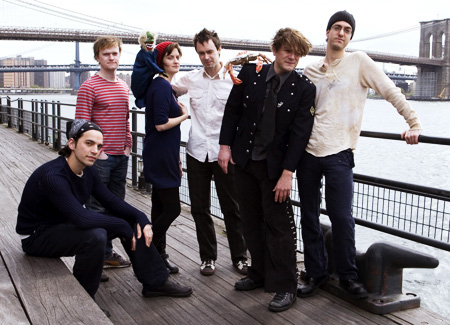 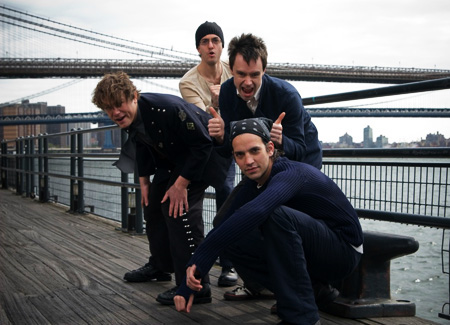 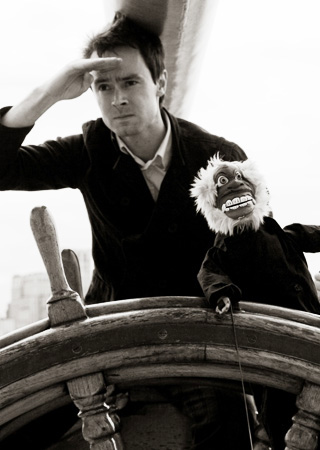 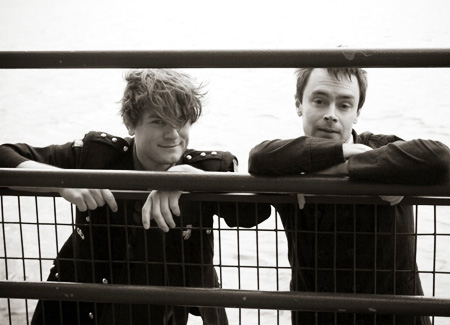