Frequency Hopping is a play about a maybe romance and a successful scientific collaboration between two well-known artists. Hedy Lamarr was a glamorous movie star, known for her beauty and her turn as the femme fatale in Demilleâs Samson and Delilah and Bob Hopeâs foil in the comedy My Favorite Spy. Avant-garde composer George Antheil gained fame in the â20s for his radical Ballet Mecanique. However, their individual accomplishments and personal relationship were forever overshadowed by the fact that in 1940 they invented a key anti-jamming device to control torpedo guidance, thereby helping Allied submarines vs. German destroyers, and becoming the basis of a system integral to todayâs cellular phone technology.

Tom Murrin: How did you come up with the concept for this play?
Elyse Singer: The play is inspired by the idea inherent in the invention patented by Lamarr and Antheil. The problem back then [during World War II] was how to evade German jamming devices, and they devised the idea of âshifting frequency,â or frequency hopping, thereby preventing the jamming of radio controls to divert the torpedoes.

TM: How is this done in the play?
ES: The play is modeled on this idea, so the script hops in time. The musical score hops too.

TM: I hear there are robots involved with the music.
ES: The robots are related to the orchestra. It is robotically controlled, and the robots envelop the set which looks like a movie set. The inside world of the set is surrounded by eight player pianos stacked on top of each other. There are also percussion instruments, a bass, bells, cymbals and a xylophone hanging from the ceiling. All robots.

TM: Wow! Iâve seen Hedy Lamarr on the screen, but Iâm not familiar with Antheil.
ES: He was a composer, and what he brought to this collaboration was he thought of radio control in terms of music. And they used musical understanding to solve a scientific question. Radio waves permeate the whole piece. Ballet Mecanique is his most famous piece. In it, he tried to synchronize 16 player pianos. He wasnât able to do it at the time, but with robotics, we are able to do so.

TM: I understand that this invention is still being used today.
ES: The patent he and Lamarr made is the pattern for wireless communication. Bluetooth, which came on as a sponsor of the show, uses the same idea. Itâs how so many cell phones are able to share spectrum.

TM: Tell me about the play part.
ES: Itâs a romance in a way. The two actors are the only live performers. They are two collaborators who are both artists and scientists and also passionate people, and there is a lot of missed communication there too. Their relationship is the central story of the piece.

Itâs funny and very sexy because so much of their communication is coded language for sex. Everything has a double meaning, You know the way people who are not sure they are on the same wave length talk, like âI like him, but Iâm not sure he likes me.â Well, we often send coded messages. Itâs very intricate.

TM: I rcently saw Charles Meeâs Fire Island at 3LD and was amazed at all the technical facilities they have.
ES: Yes. Weâll have 3-D projections, and Eyeliner techniques. Lamarr and Antheil were friendly with the surrealists, Dali and Man Ray, so we have a lot of surrealistic imagery. We have torpedoes flying through the air. And Joshua Friedâs score is like a 1940âs music score. 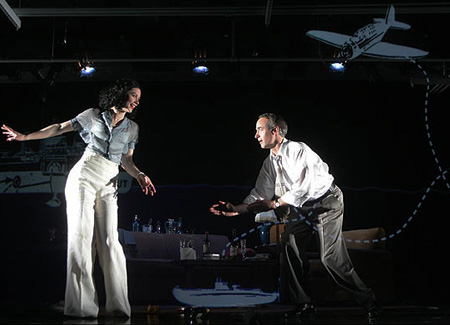 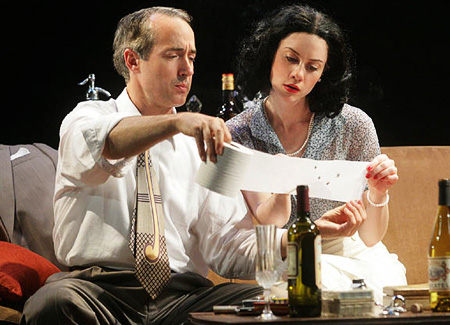 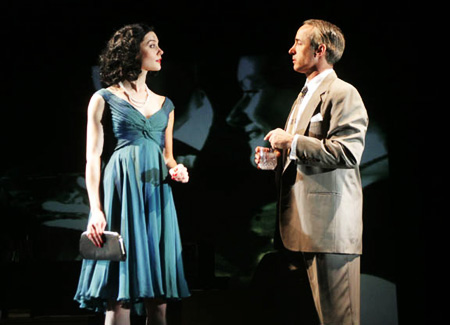