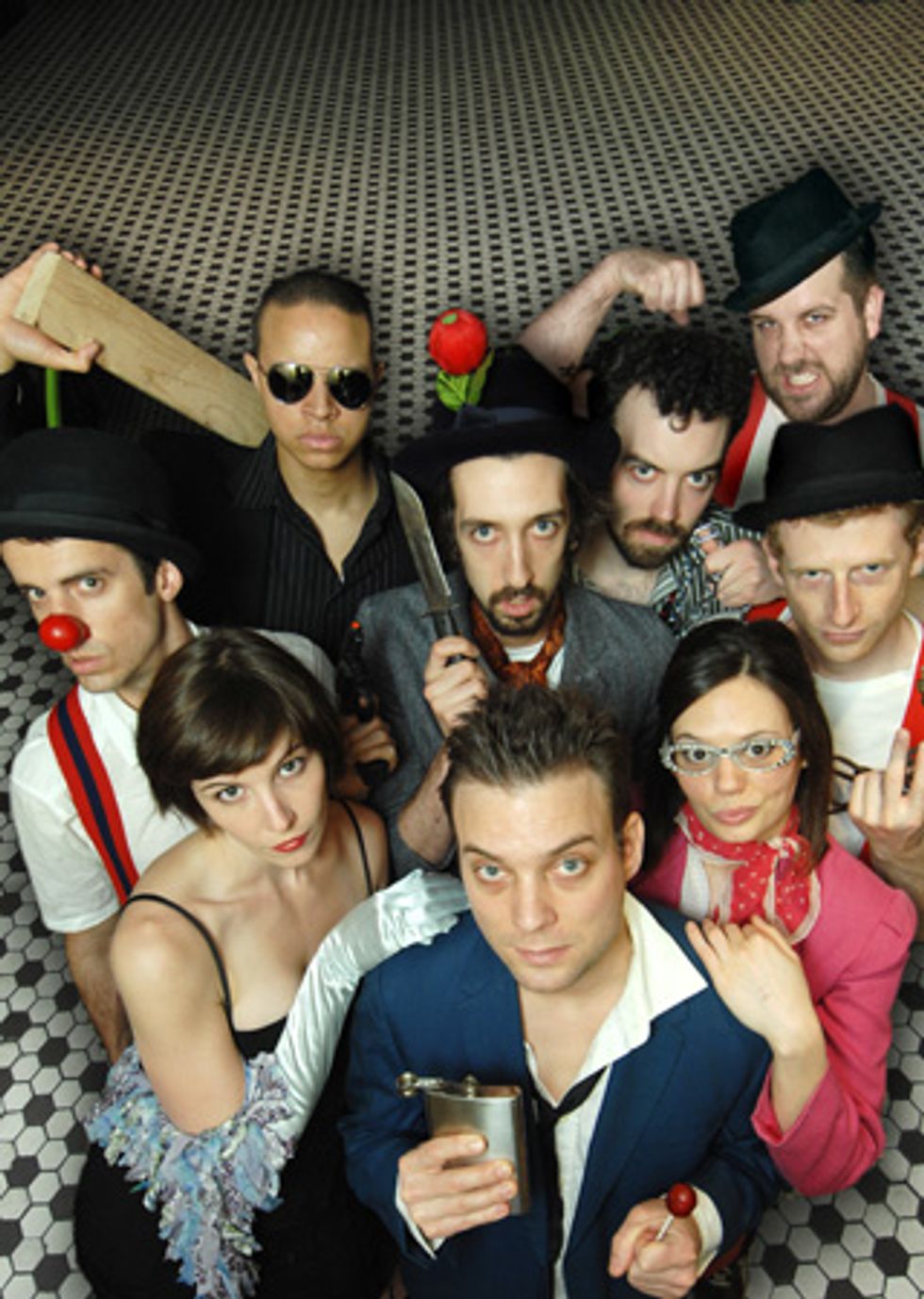 All Kinds of Shifty Villains is a new play, which can be briefly described as âcarnival-noir,â written by Robert Attenweiler, and directed and choreographed by Rachel Klein. Attenweiler is a young, often-produced L.E.S. playwright and Klein has had a lot of circus and acrobatic experience which sheâs used to supplement her theatrical direction of 20 downtown shows. I spoke with both of them on a conference call.

Tom Murrin: What exactly is the premise of this show?
Robert Attenweiler: Weâre trying to fuse circus or carnival with 1930âs crime fiction and film noir. Rachel comes from the circus/clown tradition and Iâve been reading a lot of crime fiction, and we thought it would be a nice pairing.

TM: And how has it worked out?
Rachel Klein: The process has been interesting. I havenât worked with a playwright in development before. But we both knew different actors, and we put a group of actors together and he started writing it, and I started working with the actors, adding a physical animation to the plot that was developing.

TM: How did this process work?
RA: I would bring in something that I wrote, say, the generic situation: a femme fatale comes into a P.I. (private investigator)âs office with a problem, and then weâd see the actors do it. It became a strong ensemble piece because, working with the actors, I was able to write for their voice, and use their personalities to make unique crime fiction characters. Also, the way Rachel worked with them influenced what I wrote.

TM: I understand that there is a cast of 3 women and 8 men. What happens in the show?
RK: I would say itâs like a live action cartoon of sorts. The physical presence and stylizing is not natural, but it comes from a place of truth.
RA: I like to think itâs Tom Waits meets Dick Tracy. These characters are drunks, addicts, thieves and lovers, and then, when you add clown physicality, you get more.

TM: Is there a plot?
RA: Max Quarterhorse is a noir detective, a hard-drinking, hard-boiled womanizer. At the top of the show, heâs had to quit smoking, and due to nicotine withdrawal, his work takes on a hallucinatory quality.
RK: Max sees things on stage that the other characters donât see. There are a lot of physical clown archetypes. The femme fatale. Precious Jones, is reminiscent of Jessica Rabbit, Marilyn Monroe and Betty Page.
RA: At the beginning, Precious Jones has a mystery for Max to solve. Thereâs a spark of sexuality between them, which draws Max into a crazy convoluted world, where each step draws him further into this underworld of villains who are plotting his doom!
RK: Thereâs also the use of music -- a gritty rock ânâ roll vibe that carries the show, as far as tone. There are excerpts from modern music as well as loungy piano sound from the â30s.