Country music's answer to Coachella, Stagecoach, brought over 120,000 cowboys and girls to Indio, California this weekend for a two-day festival of all things twangy. The noon to dusk outdoor concert had four stages that featured heavy hitters like Sugarland, Keith Urban (rumor has it Nicole was back stage), Brooks & Dunn (who say this is there final tour together after 20 years), Toby Keith, the Oak Ridge Boys, and Merle Haggard. The highlight of the event, however,  had to be Sugarland's Jennifer Nettles' rendition of Beyonce's "Single Ladies", complete with a full "Put a Ring on it" dance that would put even the most talented YouTube impersonators to shame. And, judge not snobs. Though the hoe-down might conjure images of the shirtless and drunk (of whom there were plenty), the scene was filled with a surprisingly lrge amount of urban-hipsters country fans. Or maybe they were  just looking for any excuse to slip into a pair tight jeans and throw on a cowboy hat. Regardless, check out the crowd in the above gallery. 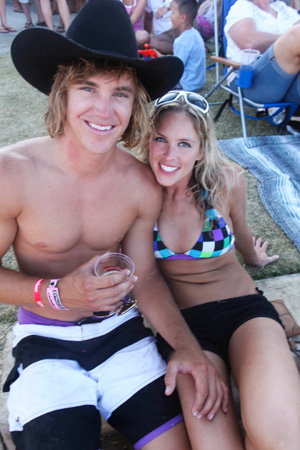 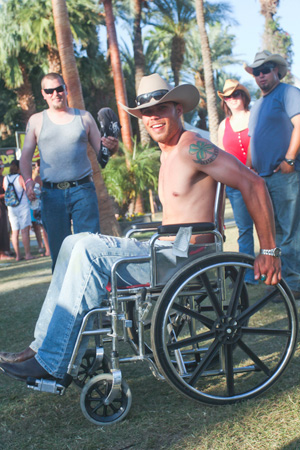 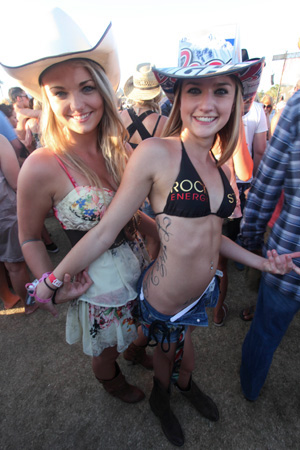 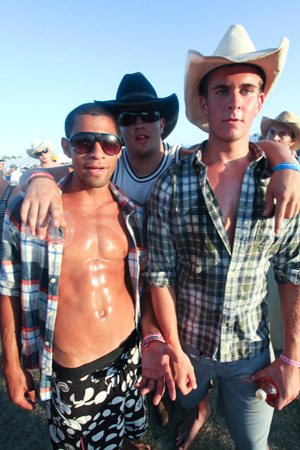 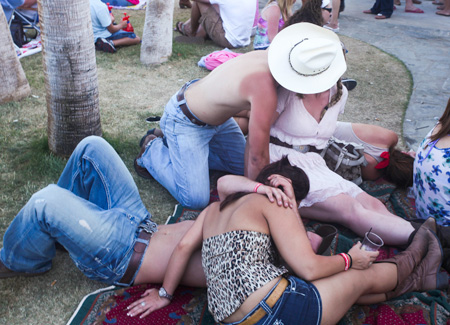 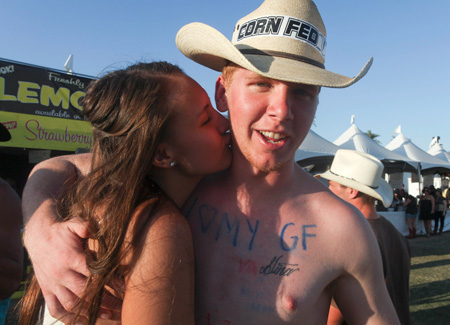 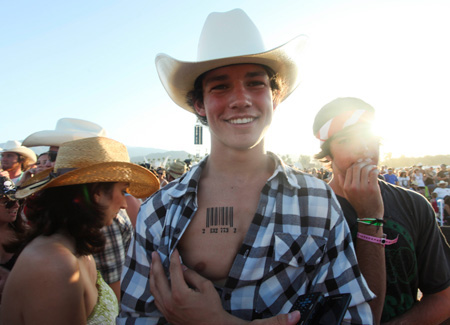 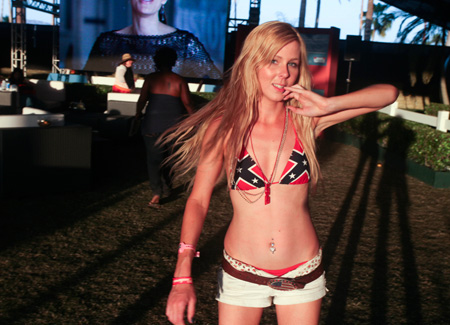