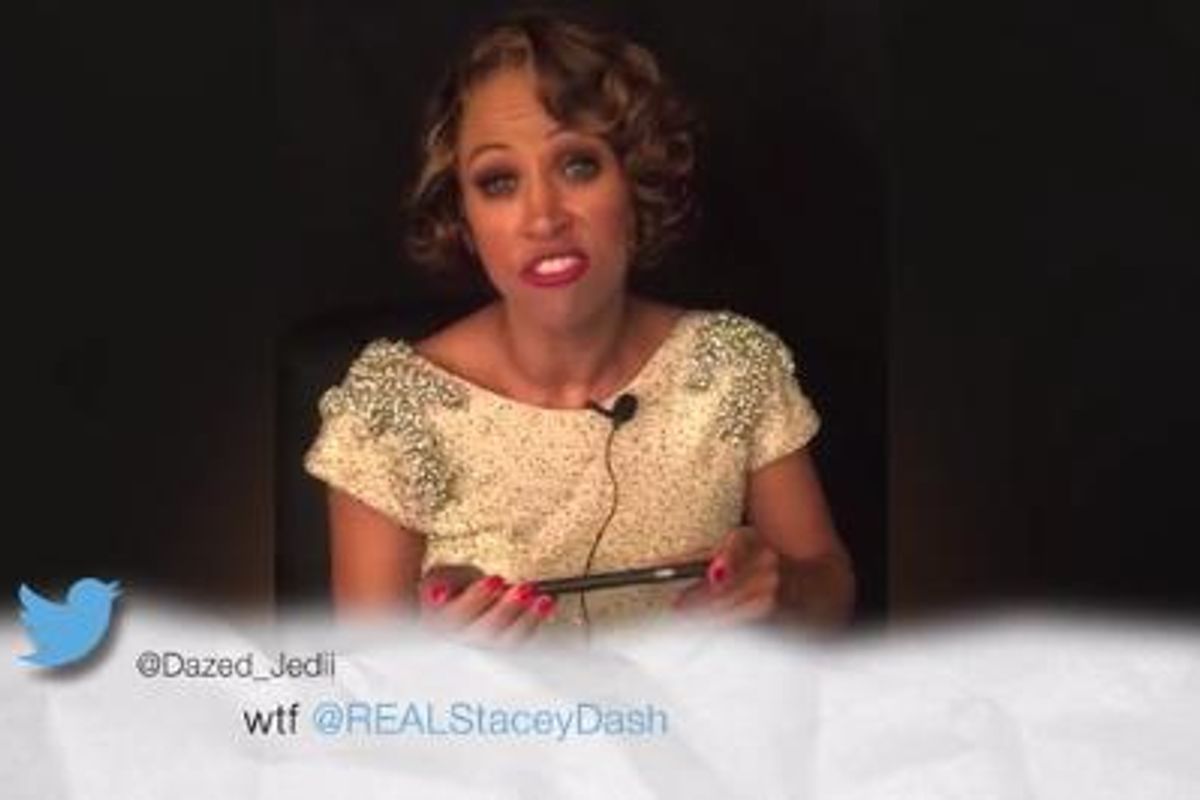 Almost 48 hours later, and most of us are still reeling from Stacey Dash's unfathomably uncomfortable cameo at the Oscars on Sunday night.

If you need a refresher: host Chris Rock brought out Ms. Dash as the new "head of diversity" for the Academy--a joke on the actress-turned Fox News correspondent's woefully racist and sexist remarks over the past few years.


"I cannot wait to help my people out," she said. "Happy Black History Month!"

There were a few coughs, and some audible swishing of confused guests adjusting in their chairs as she quickly exited stage left.

There were a few coughs, and some audible swishing of confused guests adjusting in their chairs as she quickly exited stage left.

Dash, of course, immediately filmed a Vlog post backstage that she sent to Entertainment Tonight, where she read the negative responses the world tweeted at her appearance.

Stacey prompted the trail of tears by stating, "I should be the head of diversity at the Oscars; I think I'm the perfect person to do that."

Highlight from her tweet roster, "I was hoping there was a trap door on stage and @RealStaceyDash would fall through."

Dash ended her post by saying she was "proud of what she did."

Here's the full video from her blog..