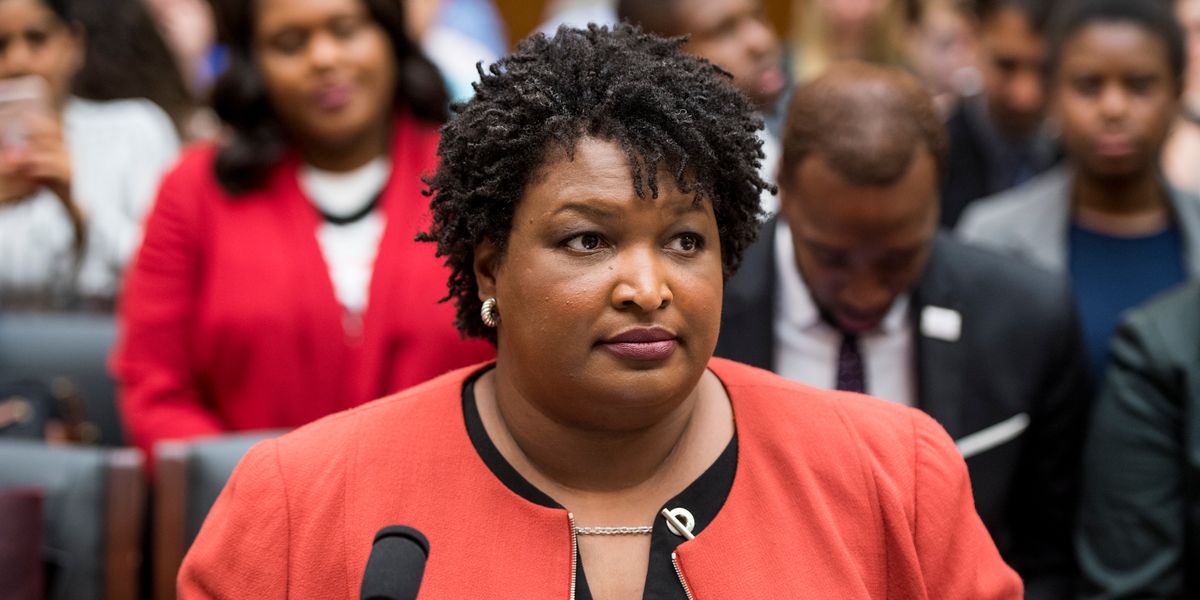 Stacey Abrams Is Down to Be Vice President

Stacey Abrams narrowly lost Georgia's contested gubernatorial race last year against Republican Brian Kemp, after turning out record numbers of Black, Latino and Asian voters, and using her campaign to wage a furious battle against voter suppression in her state. She announced this week that she is not running for president, which many wanted her to do, following her loss. However, she told the New York Times, that she would be open to considering a VP spot on "any nominee"s ticket.

"I would be honored to be considered by any nominee," she said, being asked if she meant the role of vice president, when she stated she was "open to other political opportunities."

Hear that, Elizabeth, Bernie, Kamala, Joe, Corey, Beto, Pete and the rest of y'all??? Of course, Abrams' staunchly progressive politics wouldn't make ideological sense with plenty of the candidates, including Joe Biden who, according to sources, considered inviting Abrams as his VP early, to off-set the, "ugh, really Joe?" response to his candidacy. As one-half of a team with Warren, Sanders, or Harris however, her guidance and popularity in the pink state of Georgia, as well as the rest of the country, could be a boon in the general election.

She explained her decision not to add herself to the 2020 democratic primary frenzy: "...my best value add, the strongest contribution I can give to this primary, would be to make sure our nominee is coming into an environment where there's strong voter protections in place."

While she'll surely spend the fall on the VP shortlists for a number of the candidates, for now, Abrams is focusing on bringing her movement for voter equity to the national level. She detailed her Fair Fight 2020 initiative, which, in light of the 2020 election's historic consequences, aims to build "voter protection teams with Democratic state parties or local allies across the country to protect the right to vote."

"What I regret every day is that we could not stop [Brian Kemp] from bastardizing this whole process, from denying the franchise to those who had earned it by being Americans and tried to use their right to vote to set the course of their futures. And I will always be deeply, deeply hurt that we live in a nation that permitted that to happen."