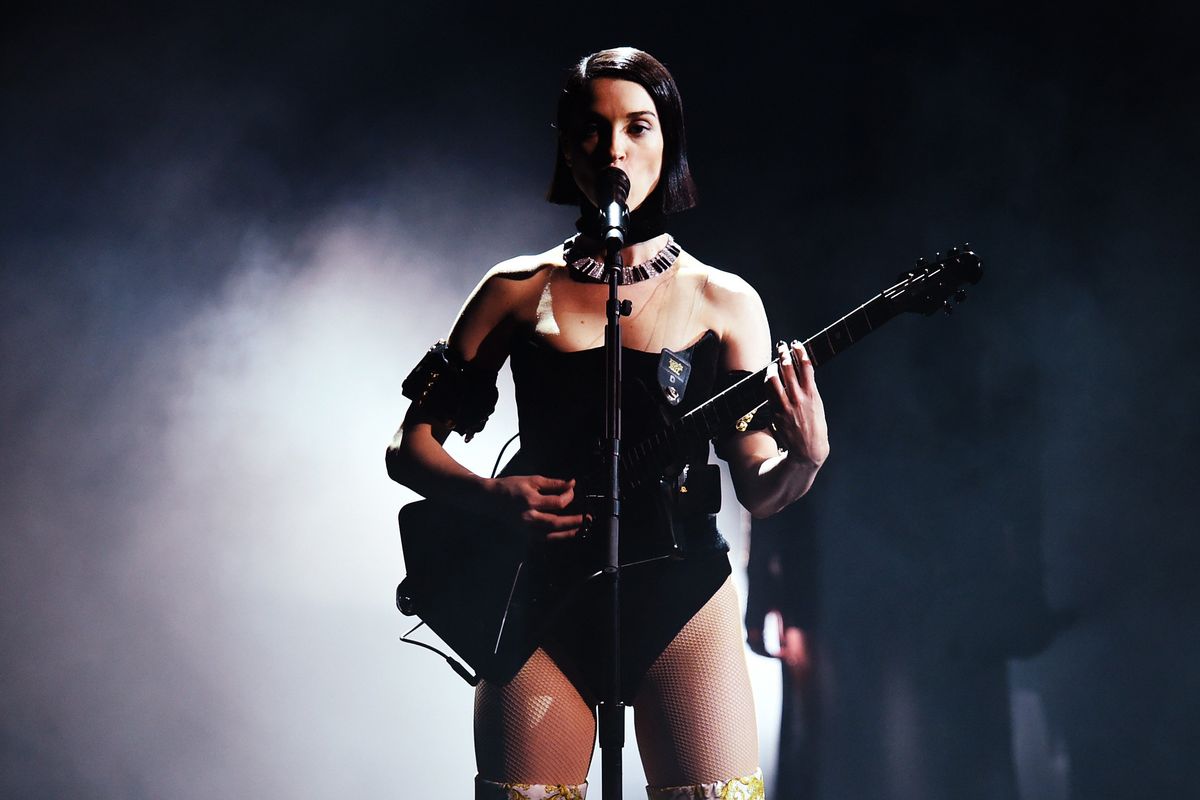 Like most award shows in 2020, this year's Rock & Roll Hall of Fame induction ceremonies and pre-induction celebrations are socially distant and vastly different from those in years prior. However, we can still celebrate great covers, a tradition that is longstanding and has offered us many unforgettable moments.

To celebrate before the ceremony, Amazon Music has sought out several artists to cover the songs of the inductees. Notably, modern indie-rock icon St. Vincent teamed up with Foo Fighters frontman and Nirvana drummer Dave Grohl for a riveting rendition of "Piggy," the 1994 Nine Inch Nails track off their industrial rock classic record, The Downward Spiral.

In a press release, Clark spoke about "Piggy" and the track's significance to her, as well as the impact of its experimental instrumentation by frontman Trent Reznor and his then-NIN band members. Ultimately, as Clark alludes to when describing the track's timbral elements, rhythm and genre meshing, this is one example of many reasons why the band is finally entering the Hall of Fame:

"['Piggy'] remains one of my favorite Nails songs to this day," Clark said. "I am obsessed with the slinky tambourine that is just a little lazy in feel. And when I took this song apart to cover it, it took me a long time to really understand the immensity of the groove. It's a dark, industrial reggae. Muscular, but never as distorted as you imagined it when you think of it in your head... They made a complicated thing seem easy and made big, bold sonic choices."

Clark expressed her excitement about the cover on social media, as well as performing with Grohl on drums, her longtime friend and frequent collaborator of Nirvana covers in recent years.

The 2020 Rock & Roll Hall of Fame Induction Ceremony will premiere on HBO and HBO Max on Saturday, beginning at 8 PM EST. Other covers released on Amazon Music include Savages' Jehnny Beth taking on NIN's "Closer," Real Estate's version of "What a Fool Believes" by the Doobie Brothers, The Kills doing T. Rex's "Cosmic Dancer" and Eyelids playing their version of Depeche Mode's "Enjoy the Silence."

According to a press release, rather than finding someone to cover Notorious B.I.G., Amazon Music chose to honor the rapper by re-releasing The Birth of Biggie: "an audio-documentary celebrating Ready To Die, the landmark debut album from the Brooklyn rapper." To honor Whitney Houston, the press release also indicated that "R&B legend Brandy will release a brand-new Amazon Original cover of a Whitney Houston song in 2021."