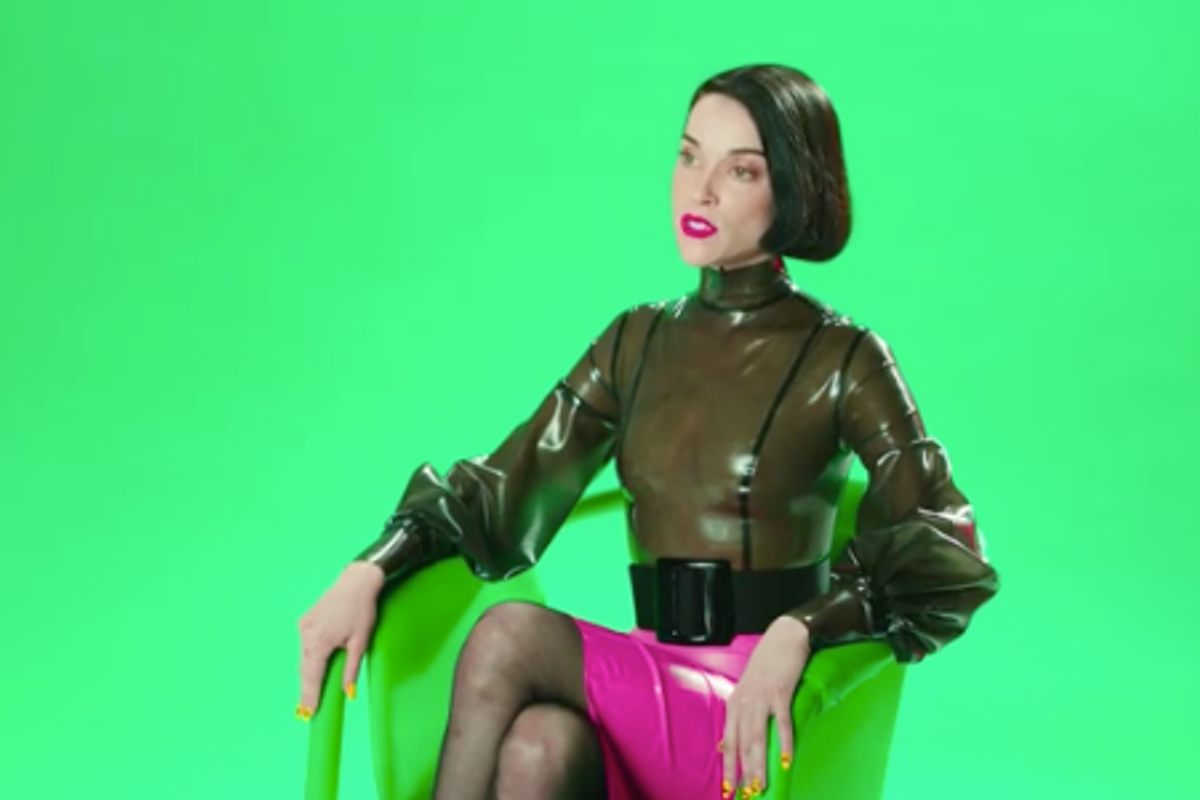 St. Vincent, who released a gorgeous video for new single "New York" last week, is ramping up for a brand new album release, and you know what that means! Plenty of repetitive press interviews where journalists ask her how she came up with her name, what her influences are, how she got started in music, and what it's like to be a woman in the industry. It's a necessary evil, but that doesn't make it any less soul-crushing to answer the same questions about yourself and your creative process over and over again. The mind-numbing promotional process is the subject of a hilarious series of comic shorts that Annie Clark made with fellow musician and funny-lady, Carrie Brownstein. In the vignettes, Annie Clark dons latex fetish gear and delivers hilarious, tongue-in-cheek responses to the awkward banter and predictable questions baked into the interview process.

What advice would she give young musicians today?

"Get into the film industry."

What's it like to play a show in heels?

Are Annie Clark and St. Vincent the same thing?

In her latest video, she told her Instagram followers to report to her Facebook page tomorrow at 9am Eastern time for an "important live message" and a Q&A. At least her fans will know which questions are off the table.

Watch the series below...

St. Vincent on Instagram: “Tune in to my Facebook page tomorrow morning at 9am New York time for an important live message, followed by a Q&A.”