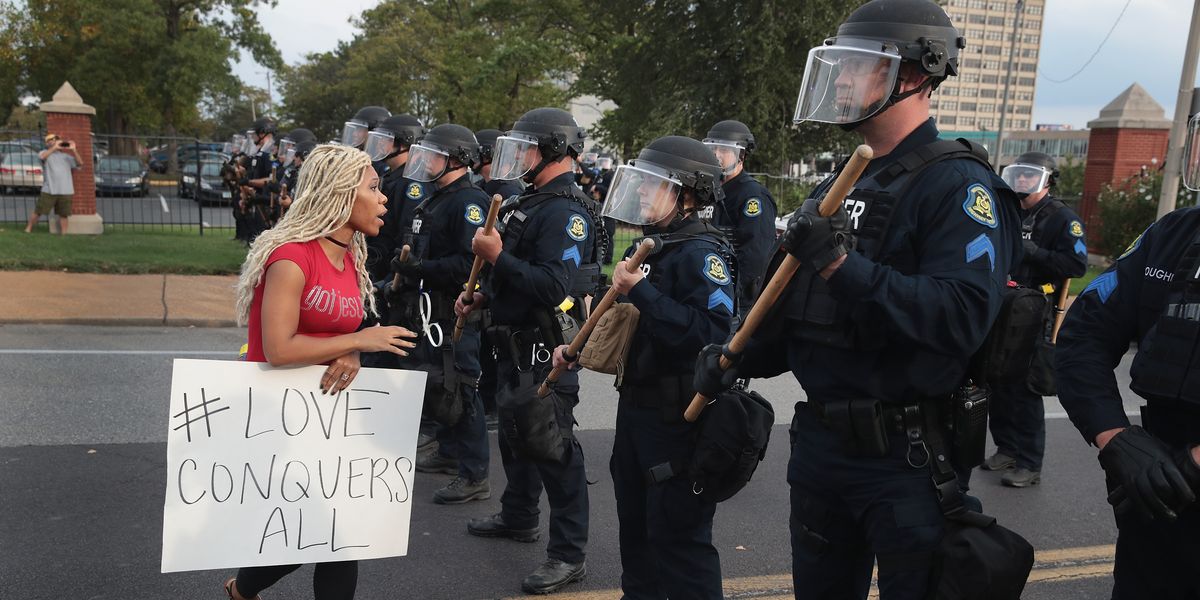 Police Chant "Whose Street, Our Street" in St. Louis After Breaking Up Protests

Stockley said he saw Smith reaching for a gun and felt he was in danger, but prosecutors allege that Stockley planted the gun in Smith's car as only his fingerprints were found on it. Dashcam footage also showed Stockley saying he was "going to kill this motherfucker, don't you know it" during the chase. Stockley left the St. Louis police force in 2013 and moved to Houston after being suspended for carrying a personal AK-47.

Stockley, 36, faced a life sentence without parole, but was acquitted by a judge (he requested not to have a jury at the trial, a move prosecutors fought). Activists threatened large scale protests and civil disobedience (including potentially blocking highways) if a not guilty verdict was returned, while both the mayor of St. Louis and an attorney for Smith's fiancée called for "calm and patience."

The verdict was announced on Friday and was followed by three days of protests throughout the Missouri city of 320,000. Each night following protests, most people left, but smaller groups stayed behind and were reportedly responsible for acts of vandalism including breaking windows and turning over trash cans.

We saw again that the vast majority of protesters are nonviolent. But, 4 the 3rd day, days have been calm, nights have been destructive. pic.twitter.com/V9PPHf4eKV
— Mayor Lyda Krewson (@LydaKrewson) September 18, 2017

The Guardian reports reports that police in riot gear gathered along a boulevard in St. Louis late night, chanting the common protest refrain, "whose street, our street." The St. Louis area is no stranger to protests, as Ferguson became a flash point for racial tension after the acquittal of Darren Wilson in the 2014 killing of Michael Brown.

In an exclusive interview with the St. Louis Dispatch published on Friday, Stockley said, "I can feel for and I understand what the family is going through and I know everyone wants someone to blame, but I'm just not the guy."

He added, "It feels like a burden has been lifted but the burden of having to kill someone never really lifts. The taking of someone's life is the most significant thing one can do, and it's not done lightly … My main concern now is for the first responders, the people just trying to go to work and the protesters. I don't want anyone to be hurt in any way over this."

The ruling on the case comes just a month after the NAACP issued a travel advisory for black drivers in Missouri.